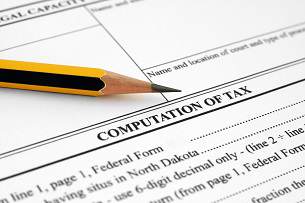 Are You Missing Out On This Little Used Tax Credit?

If you earn less than $54,000 annually and have not yet filed your taxes, you may want to think about seeing if you qualify for the Earned Income Tax Credit (EITC). It’s a credit not used by many people but it can be one of the more generous ones offered by the Internal Revenue Service (IRS). We’ll talk about it in this issue.

What is the Earned Income Tax Credit?

Simply put, the EITC is aimed at helping those with low-to-moderate income levels. While it reduces the taxes that you owe, it will also be refunded to you if you don’t owe any taxes at all on your return.

How much is it worth?

According to an article in USA Today, the IRS estimates that about 26 million people received $65.6 billion through the EITC last year. While the average amount received was just over $2,400 it can be worth more than $6,000.

Why do so many people miss taking advantage of the EITC?

One out of every five workers who are eligible for the EITC don’t take advantage of it. While the individual reasons will vary, many people may not even be aware of it. Also, the rules for qualifying can be a bit complex and they do change from year to year.

Will getting this refund affect my eligibility for Medicaid?

Some people with disabilities are concerned that a tax refund will affect their eligibility for benefits like Medicaid or food stamps. By law, however, tax refunds aren’t counted as income for determining eligibility for such benefits.

What if I overlooked it?

Even if you overlooked filing for the EITC, you’re allowed by the IRS to file or amend your return up to three years after the original due date. Also, because our lives are constantly changing and the qualification requirements change from year to year, you may be able to qualify for the EITC this year if you weren’t able to last year.

We know that – for a myriad of reasons – tax season can be a real headache for many Americans. For some, having to pay the IRS is next to impossible because of other debts. If you’re facing serious debt problems, there are options such as bankruptcy that could be your best choice. If we’re describing you, we encourage you to contact us at The Oswalt Law Group. Our number is (602) 225-2222 and the first consultation is always free.