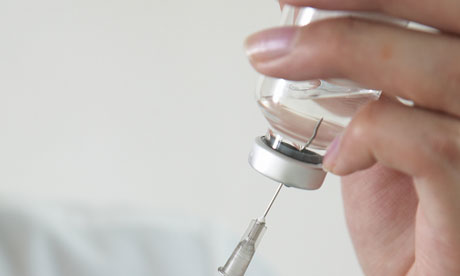 A shipment of lethal injection drugs was seized by federal agents at the Phoenix airport after Arizona officials attempted to illegally import the substances, according to recent reports. The state paid nearly $27,000 for quantities of sodium thiopental, the anesthetic used to carry out lethal injections. However, the companies that still manufacture the drug are not approved by the Food and Drug Administration. When the drugs arrived at the airport via a British Airways flight, they were seized by federal agents. The state has filed a motion to contest the right of the federal government to dictate whether or not the states can receive shipments of these drugs. Other states have had similar problems in the past few years as the federal government begins to crack down on shipments from various parts of the world. Death warrants for executions of Arizona prisoners have been put on hold indefinitely until the state resolves issues surrounding not only lethal injection but other forms of execution.

There are few crimes in Arizona which will result in a sentence of death. For the most part, those who commit felonies are faced with long jail sentences rather than the risk of lethal injection, the state’s preferred method of execution. However, if a person is at risk of being convicted of a capital crime or one that carries death as a possible penalty, it is critical for that person to receive the very best in legal representation. Currently, Arizona prosecutors will only seek the death penalty for first-degree murder with mitigating factors. This means that those who receive the death penalty have been convicted of murder that involved torture or some other heinous act that causes capital punishment to be warranted. The death penalty may also be sought when the murder victim is over 70 or under 15 years of age or is a police officer. Even those who are charged with capital murder may still escape the danger of a death penalty sentence through negotiations with prosecutors or by presenting evidence in their own favor. A person who has been charged with a serious crime should always discuss his or her options carefully with an experienced criminal defense attorney like those at Oswalt Law Group in Phoenix. If you have been charged with a serious crime like murder, do not delay. Contact the Oswalt Law Group in Phoenix for help immediately.