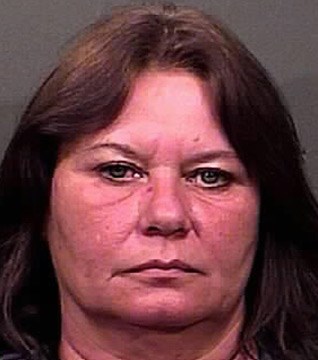 An Arizona State Prison employee was arrested and indicted for smuggling alcohol into the prison, according to recent reports. Tamy Kim Logan was indicted by the Mohave County Grand Jury for the felony of promoting prison contraband in connection with allegations that she sneaked alcohol into the jail in violation of the law and her employer’s rules. According to Arizona Criminal Code Section 13-2505, a person commits promotion prison contraband by knowingly taking contraband into a correctional facility or conveying it to a person confined in that facility. Contraband is any substance or object prohibited by prison rules or that could be used to break prison rules. Therefore, if someone brings an innocuous object into a prison but gives it to someone with the intent to allow them to commit a crime, the person could be charged with promotion of contraband. Promoting contraband is a Class 5 felony unless the contraband is a deadly weapon, explosive or dangerous instrument. At that point, the crime becomes a Class 2 felony.

While prisoners may be allowed to smoke cigarettes in certain areas of a prison, alcohol and all drugs are generally prohibited within prison walls. It does not take much thought to understand why: these substances, with their ability to alter the mind and promote less inhibition, can be deadly among prisoners locked in confined spaces. Therefore, it is very important that prosecutors take seriously any issues regarding smuggling contraband into prisons, particularly when they involve mind-altering substances. On the other hand, the intent of the person doing the smuggling should also be taken into account. While it is not safe for an employee to drink on the job, there is a difference in intent between those who want to supply inmates with alcohol and those who suffer from an inability to control their own drinking during work hours. The latter group may have no intent of sharing alcohol with prisoners and may be more appropriately treated by alcohol rehab than by a prison sentence. For anyone accused of smuggling contraband or any other crime, it is important that the accused person take steps to protect his or her rights. If you have been charged with a crime, talk to a criminal defense attorney like the ones at Oswalt Law Group in Phoenix immediately in order to take the right actions to fight your charges.