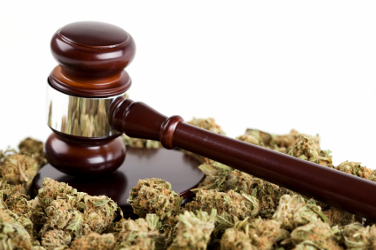 In two separate cases, the Arizona Supreme Court has now ruled that prosecutors cannot ban people from using medical marijuana as a condition of parole or probation. The court ruled the medical marijuana is defined as a medicine under the state’s voter-authorized law, so probationers and parolees should be allowed to use it when it is prescribed just as they would any other necessary medicine. The rulings also rejected the notion that the state’s laws are in conflict with federal law. The 5-0 opinion was written as the result of two cases and specifically states that the only exceptions to the banning of the use of marijuana should be for medical reasons and under the guidance of a health care practitioner. Because medical marijuana is legal, judges must “harmonize” its use with current laws. The opposition argued that because probation and parole are privileges, not rights, those who take advantage of them should not be given additional rights to use medical marijuana. However, the court ruled that the rights of a person on parole or probation cannot be violated or limited simply due to their circumstances.

While the court’s rulings are a minor victory for supporters of the right to use medical marijuana, this does not mean that all questions pertaining to marijuana are so easily settled. Recently, Arizona courts have battled through the question of whether the use of medical marijuana and evidence of metabolites in the system were sufficient to secure a DUI conviction. That question is still being weighed in various courts around the country, with some courts ruling that the mere presence of metabolites is insufficient to sustain a conviction for DUI. This is because pot metabolites can be present in the blood for weeks after use and do not necessarily indicate present impairment. The possession of marijuana without a medical marijuana card, violation of the terms of the card, or selling medical marijuana to another person can all be charged as crimes. If you do use medical marijuana, it is very important to follow the rules for its use. If you have been charged with a crime involving medical marijuana, contact the criminal defense attorneys at Oswalt Law Group in Phoenix. With years of experience in handling drug-related cases, our attorneys can help you understand your rights and fight the charges against you.