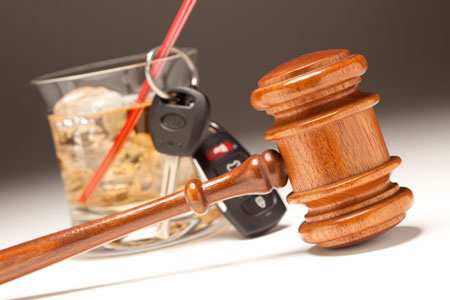 In Arizona, sometimes the DUI you get is not the DUI you would think! Arizona prosecutors can actually pursue several types of DUI.  The state recognizes intoxication “to the slightest degree,” DUI with a blood alcohol content of .08 or higher, DUI with a blood alcohol content of .15 percent or higher, and DUI with a blood alcohol content of .20 or higher. What does this mean for the average person pulled over for DUI?  It means that if you have a blood alcohol content higher than .15 percent, you are probably going to be facing more than one DUI charge. How Can I Be Charged More Than Once For The Same Arizona DUI? In order to illustrate how one person can be charged with more than one DUI, a hypothetical example may be helpful. Jim is drinking at a friend’s house during the game.  He leaves in his vehicle and runs a stop sign.  A police officer pulls him over and, after smelling his breath and hearing his slurred speech, has enough probable cause to administer a blood test.  Jim has the option of refusing to submit, but in Arizona the penalty for refusing to submit to a chemical test is often worse than the penalty for the DUI itself. Jim allows the officer to take him to the station and draw blood, where it is discovered that his blood alcohol content is .21, or nearly three times the legal limit. At this point, Jim is likely going to face four separate charges:  impaired to the slightest degree, DUI, and super-extreme DUI as well as running the stop sign. “Impaired to the slightest degree” is often charged in addition to another type of DUI.  In Arizona, it is technically illegal to operate a motor vehicle with any degree of impairment.  The state has passed laws upheld by the courts that if a person has a very high blood alcohol content within a few hours of being pulled over, it is likely that he or she passed through several stages of intoxication on the way to the extreme BAC.  The court will assume, without evidence to the contrary, that the person was intoxicated and had a vehicle under his or her “control” during that time if the person is later pulled over for DUI. While this may seem somewhat complicated, the bottom line is that those who are charged with extreme or super-extreme DUI in Arizona face an uphill legal battle.  It is important for those who are charged with these crimes to seek legal counsel.  Oswalt Law Group is ready to help those charged with serious DUI crimes.