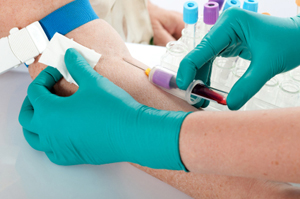 A DUI conviction is usually based on evidence obtained by the police. There are several methods that officers use to obtain this evidence. For those who are being charged with a crime, the evidence that can and cannot be used at trial can make the difference between conviction and reasonable doubt. Therefore, a recent ruling by the Court of Appeals on evidence allowed at a DUI trial could have a direct impact on future conviction rates.

In a recent ruling by the Arizona Court of Appeals, a decision was made that set a precedent concerning evidence that cannot be used to convict someone of a DUI. In this case, a woman refused to go to the hospital after she had crashed her car into a guardrail. She was told by the officer that she could either go to the hospital or be arrested. During her time at the hospital she was given a blood-test, a procedure to which she did not consent, and her blood-alcohol level was shown to be above the legal limit. This evidence was used in the initial case against her. The Court of Appeals decided that this test was not admissible as evidence because the woman had not willingly given consent for the evidence to be taken. While it is possible to take someone’s blood involuntarily, in Arizona the officers must obtain a warrant to do so. Because the officer failed to obtain the warrant, the court threw out the evidence and the conviction against the woman for drunk driving.

DUI Lawyers Can Make A Difference

Had this defendant not had a lawyer to represent her interests in the case and make a judgment on the legality of the prosecutor’s evidence against her, she would very likely have been convicted by evidence the Court of Appeals now sees as unjust. DUI cases are serious and cost people both considerable time in jail as well as fine and fees. Seeking legal help is wise, particularly in cases like this where there are legal workings beyond the layman’s scope of understanding. If you or someone you know is facing a DUI charge, it is important that you protect your rights. Seek legal counsel from the experienced attorneys at The Oswalt Law Group in Phoenix. Experienced in handling both DUI and criminal cases, The Oswalt Law Group provides legal service marked by professionalism and convenience for our clients. The Oswalt Law Group has the resources and knowledge to find better ways of defending you. Call The Oswalt Law Group today to set up a consultation.