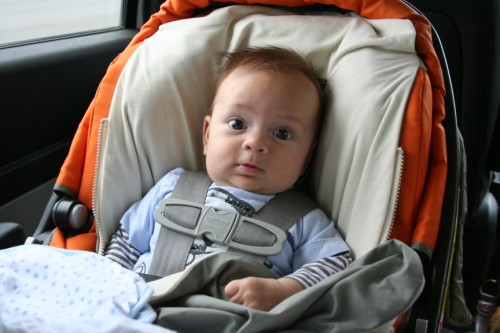 Baby On Board: DUI With Child Is No Joke

Getting a DUI is enough to cause you serious legal problems, but getting a DUI when you have a child under 15 in the car with you can cause you even more problems.  In Arizona, anyone receiving a DUI while driving a car with a child under the age of 15 as a passenger can be charged with aggravated DUI, a felony that can cost the driver thousands in fees and result in significant jail time.  Furthermore, anyone convicted of aggravated DUI will not “lose” the conviction after a certain amount of time; for the rest of his or her life, that person will be labeled as a convicted felon. This is the situation now facing a Scottsdale woman who was arrested for driving drunk with her baby in the car.  According to reports, 39-year-old Angela Lynne Erickson was arrested after she was pulled over for driving 35 miles per hour on a freeway with a 65 miles per hour speed limit.  Police allegedly received several calls about her driving from passing motorists, who claimed that she was driving at varying speeds and nearly struck several cars. When a police officer pulled Erickson over, he observed a baby in the back seat.  It is unclear if the 18-month old child was in a car seat. The police state that Erickson showed several visible signs of intoxication, including stains from vomit and fecal matter on her clothing, leaning on the car for support and closing her eyes while talking to officers.  She allegedly failed a field sobriety test and refused a blood draw.  Officers obtained a warrant for the blood draw, but the subject had to be restrained as she physically fought the police to prevent them from taking her blood. The driver has been charged with aggravated DUI, a felony, and child abuse.  There is no word on what happened to the child. Felony DUI Results In Increased Penalties In Arizona, a felony DUI can be charged for only three offenses:  driving with a child under 15 in the car at the time of the arrest; three previous DUIs within seven years; and driving on a suspended license from a previous DUI.  However, those who cause serious injury during a DUI-related accident may also be charged with other types of felonies, such as aggravated assault. A felony DUI or any other type of felony is a very serious charge.  A DUI attorney may be able to help the person charged with these types of crimes to fight the charges and lessen the consequences of a felony conviction.