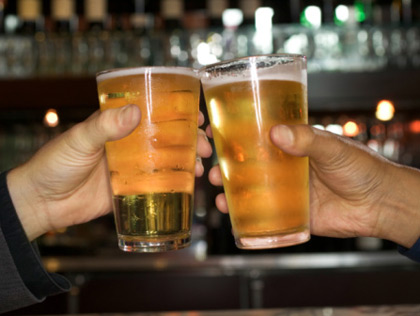 Bar & Restaurant Owners Can Be Responsible In DUI Cases

When a drunk driver gets into an accident, they’re not the only ones at risk for being liable. Owners of bars and restaurants can also be on the legal hook for any damages caused by the person driving under the influence (DUI). These legal responsibilities are known in legal circles as “dram laws.” Dram shops are bars, taverns, restaurants and other similar places where alcohol is sold. Under Arizona law – and pretty much any other state law in the U.S. – an injured person can hold dram shops responsible for any damages caused by the patron who got loaded at the restaurant or bar. In determining the responsibility of the establishment, lawyer will try to prove three things:

Dram laws were originally established to require bars and restaurants to take steps in protecting their communities. Essentially, the bar tenders and wait staff are on the front lines of determining if someone is unsafe to drive away from their establishment. Legal consequences for bars and restaurants in DUI cases that involve injuries include paying for losses caused by damage or personal injuries and being named as a defendant in a wrongful death suit.

A host of variables are considered when determining financial compensation in dram cases. These include:

Exceptions to Dram Laws in Arizona

Hosts of a party in which someone later causes injuries due to being intoxicated are not legally responsible for any damages. They can, however, be held responsible if they served alcohol to someone under 21. Driving drunk is a serious risk. If you been arrested for DUI or are the owner of bar or restaurant and are concerned about your liability, contact the attorneys at Oswalt Law Group for a free consultation.