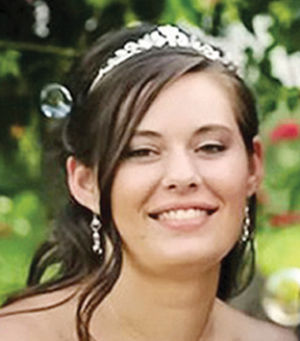 A recent decision by a judge states that the bride who allegedly pushed her husband from a cliff will face murder charges in his death.  Jordan Graham, the Montana woman accused of killing her husband of eight days, testified that his death was an accident and that the FBI agent who interviewed her also made inappropriate sexual advances to her during questioning. A Tragic Accident or “Fatal Attraction?” The tragic death of Cody Johnson began during an alleged argument the couple had in Glacier National Park.  Having been married just over a week, the couple were apparently arguing over her doubts about the marriage.  According to Graham, Johnson approached and grabbed her.  She says that in attempting to remove his arm and pushing him away, he fell off a cliff.  However, a United States District Judge denied Graham’s motion to dismiss the first-degree murder indictment against her.  The judge also denied a prosecutor’s motion to delay the trial pending the results of DNA on pieces of cloth found near the dead man’s body. During an initial interview, Graham stated that Johnson had driven away with friends and that she did not know what had happened to him.  She stated during the hearing that FBI Agent Stacey Smiedala had touched her inappropriately during that interview, making her nervous.  Graham claims that her statements during that interview were distorted and resulted in the criminal charges against her.  The judge ordered the FBI to turn over any information in Smiedala’s employment record that might have a bearing on the agent’s capacity for truthfulness or deception. Interviews Can Be Devastating While the “court of public opinion” may be shaped by the media, television and movies, it is true that there are certain cases in which prosecutors or police officers do go too far in trying to gain information about a crime, particularly when the crime involves the death of a victim.  Whether this is the case in Graham’s interview or not remains to be seen. One of the purposes of a criminal defense attorney is to protect those who are questioned by police from the use of unorthodox methods.  Asking for an attorney should be instinctive whenever someone is arrested or questioned, particularly for a serious crime.  If the accused person talks to police without an attorney, there is always the chance that the police will use some innocent statement against that person.  A criminal defense attorney can help ensure that this does not happen.