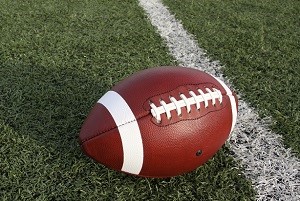 The Arizona Cardinals made the decision to cut a rookie tight end who was recently the subject of a DUI arrest.  The Cardinals claim that the DUI had nothing to do with cutting D.C. Jefferson from their roster; instead, they pointed to his disappointing performance and their intention to replace him with another tight end with a better record. However, observers believe that the DUI arrest did not help D.C. Jefferson’s case.  The rookie allegedly sideswiped another vehicle and failed to stop, according to police reports.  He was followed and pulled into a parking lot where police tested him and found his blood alcohol content to be .156, almost twice the limit for DUI charges.  The reporting officer stated that Jefferson was cooperative and police, and said that he did not realize he hit another vehicle.  It is possible that this is true, since his tires stick out from the vehicle a good distances, making it easy to sideswipe a vehicle and not feel the impact in the same way as if he hit the car directly. No matter what Jefferson’s reason for hitting the vehicle, the DUI charge will definitely require him to think about a legal defense.  A DUI defense attorney may be able to help him and others who are charged with DUIs, both those that involve property damage and those that do not. DUI and Property Damage DUI is a criminal charge, but it is usually a misdemeanor.  In fact, there are very limited circumstances under which a person can be charged with a felony in relation to a DUI.  It is very rare for anyone to be charged criminally for damage to a parked car as the result of drunk driving.  In most cases, these charges result from damage to a law enforcement vehicle in the course of a chase or a DUI stop. When a person damages someone’s vehicle during a DUI incident, however, the courts usually allow the victim to seek damages in civil court rather than attempting to punish the driver in criminal court.  Civil court allows the victim to seek monetary compensation for the repairs to a vehicle that has been damaged in an accident. However, that does not mean that the DUI case can be ignored.  DUI convictions carry their own penalties, including jail time and fines.  A DUI defense attorney may be able to help those who are charged with DUI deal with the criminal aspects of the case.