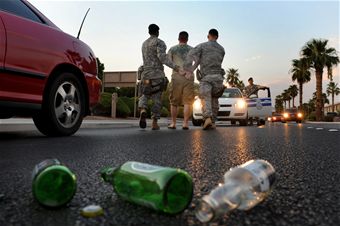 Consequences of a DUI Conviction Go Beyond the Law

Being convicted of driving under the influence or DUI carries heavy penalties in Arizona, including jail time, large fines, suspension of license and probation. Arizona is known for its tough prosecution of drunk driving offenses, so it is important to be aware of the consequences of being convicted. However, the consequences of a DUI do not stop at the legal ramifications but can penetrate into your normal life as well. For example, Arizona drivers who are convicted of a DUI can face more than a 100 percent increase on their vehicle insurance costs. Arizona has one of the most expensive insurance increases due to DUI in the nation, another reflection of the state’s tough stance against drunk driving. Nationally, drivers who are convicted of a DUI see an average insurance increase of 92 percent. Arizona drivers can actually face an increase of up to 104 percent, or a 12 percent increase over the national average. Arizona drivers can also see an increase in their rates due to other factors like reckless driving. This is a common add-on charge when an individual who was speeding or swerving is arrested for a DUI. Adding this to your conviction could increase your insurance rates by 59 percent.

Defending Yourself Against a DUI Conviction

It is important to note that insurance companies will not increase your insurance rate just because you are arrested for a DUI. Arizona law prohibits increases in insurance rates for most infractions until guilt is proven. However, if you are convicted for a DUI, even if you are a first-time offender, you can expect a drastic increase in rates. In the insurance company’s eyes, a drunk driver is a far greater risk to insure than a law-abiding driver. If you have been arrested for a DUI, do not give up or despair. While it is important to understand the seriousness of your situation, there is still hope. The legal defense team at the Oswalt Law Group has the experience and aggressive attitude to help you build a solid defense against your DUI charges. We are happy to offer all clients a free initial consultation to discuss the criminal charges they are facing. Our team has the stellar reputation of serving our clients with a hands-on approach. When you are facing serious consequences of a DUI conviction, from jail time to an insurance increase, it is imperative that you seek our counsel and help in building a solid defense. Give our team a call today for your free initial consultation and see what we can do to help you.