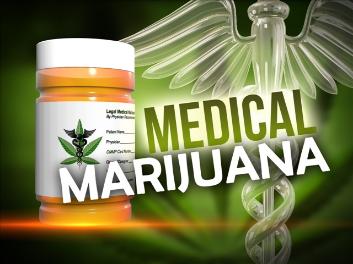 The battle over equating the use of medical marijuana with intoxicated driving charges continues, with the Arizona Supreme Court being asked to consider whether people with medical marijuana cards can be prosecuted for driving while having traces of the drug in their systems, according to a recent report. The latest case stems from an appeal filed by two drivers who were convicted in Mesa of driving while impaired due to marijuana metabolites in their systems.  The Court of Appeals has already ruled that the appellants could not use a state law barring prosecution for people having prescriptions for drugs, explaining that certifications are not prescriptions under the 2010 Medical Marijuana Act.  The appellants argued that interpreting the law in this way will force medical marijuana card holders to choose between their medicine and their driver’s licenses.

Marijuana has long been used to treat pain, nausea and other symptoms by those who suffer from certain diseases such as cancer or glaucoma.  However, marijuana has also long been viewed as an illegal recreational drug, leading to a problem:  how can medical marijuana licenses be issued fairly for those who need the drug while still holding drivers accountable who drive while impaired from the use of marijuana? In Arizona, this has not been an easy issue to resolve.  The state has taken the view so far that medical marijuana card holders are free to use their drugs but are not free to drive after ingesting or inhaling marijuana.  If they do, they may be subject to charges of driving while under the influence of the drug. The problem has arisen with how to measure marijuana use accurately and fairly.  Unlike alcohol, marijuana metabolites stay in the bloodstream for weeks, so it is possible to get a strong metabolite reading even when the user is no longer under the influence of the drug.  By using metabolite levels as the standard for intoxication, anyone using medical marijuana within a month or more would be unable to drive.

I Have Been Arrested for DUI

If you have been arrested for intoxicated driving, whether due to drugs or alcohol, contact the attorneys at the Oswalt Law Group in Phoenix.  These lawyers have the experience and knowledge to help you deal with your charges and to advise you on the best way to minimize the damage from a DUI charge.