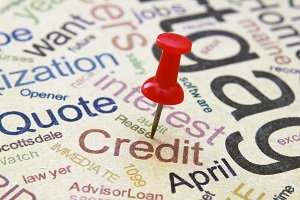 Did Experian Lie About Its Credit Scores?

Earlier this year, we shared news that Equifax and TransUnion had been caught by the Consumer Financial Protection Bureau (CFPB) overcharging for their credit reports. Now, there’s word that Experian is in hot water with the feds for lying about the credit scores they provide. In this issue, we’ll talk about what’s going on.

According to CFPB reports, Experian had been lying “for years” about the credit scores they provide to consumers. The deception centered around claims that credit scores provided by Experian were the same scores that banks and other creditors checked while making their decisions about lending. Things actually work this way: When making their decisions, banks and other creditors will look at your FICO score, which consists of positive and negative information on your credit report. Experian, however, developed their own model for establishing credit scores, the PLUS Score. “Experian deceived consumers over how the credit scores it marketed and sold were used by lenders,” said CFPB Director Richard Cordray in a press release. “Consumers deserve and should expect honest and accurate information about their credit scores, which are central to their financial lives.”

As regular readers of our site know, you’re entitled to a free copy of your credit report once every 12 months, according to the Fair Credit Reporting Act. Through March 2014, however, Experian forced consumers to view a host of Experian ads before getting to their reports. The Fair Credit Reporting Act prohibits tactics like that. Action Taken Against Experian As part of their action against Experian, the CFPB is requiring them to:

Get Disciplined With Your Money; Call The Oswalt Law Group

Getting out of debt takes a bit of work and discipline. We know this can be difficult and are happy to provide help. If you’re tired of dealing with crippling debt, call us here at The Oswalt Law Group for a free consultation. Our number is 602-225-2222