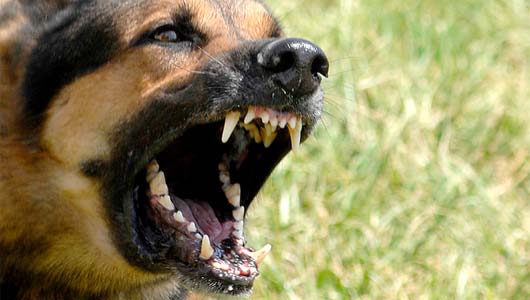 Dog Attacks 4-Year-Old, Dad is Arrested When He Kills It

Reports show that a Phoenix father has been arrested after shooting a dog that attacked his 4-year old daughter. Nevaldo “Chris” Ford stated that he and his family were in the backyard when he heard a scream. He ran to find his dog biting his daughter’s head. Ford wrestled the dog off her and was able to get her safely in the house. While waiting for the ambulance to arrive, Ford went to the yard and shot the dog with a rifle. He stated that “I didn’t even know him at that point; he wasn’t the dog I raised…I just knew he was going to attack someone else.” When police arrived Ford was arrested. He had a criminal record and was not allowed to have a gun. He claims he was acting to keep others from being harmed. He responded, “No matter who shows up the ending result is still gonna be this. A dog attacks a child, you think he’s gonna live?” Ford was arrested for suspicion of animal cruelty, endangerment, assault by a vicious animal, possession of a weapon by a prohibited person and discharging a firearm within city limits. The child is currently in the hospital intensive care unit and is recovering from surgery. She suffered extensive injuries and may have permanent damage.

Those who have been convicted of a crime are not allowed to have a gun in their possession. If you have been arrested and charged with a weapons violation, it is important to call a criminal defense attorney like those at the Oswalt Law Group in Phoenix. While you may believe you can handle the matter yourself, weapons charges are very serious and have a tendency to grow into even more serious charges. Weapons charges can easily be added to other criminal charges and used to enhance felony status. This may mean years in prison if you are convicted. If you are facing weapons charges, especially if you are also facing other criminal charges, you must act fast to build a solid defense. A good defense can minimize or even eliminate the chance of a conviction as well as the penalties that follow one. The team at the Oswalt Law Group can provide you with a skilled criminal defense attorney who will work with you to secure the best outcome from your specific criminal charge.