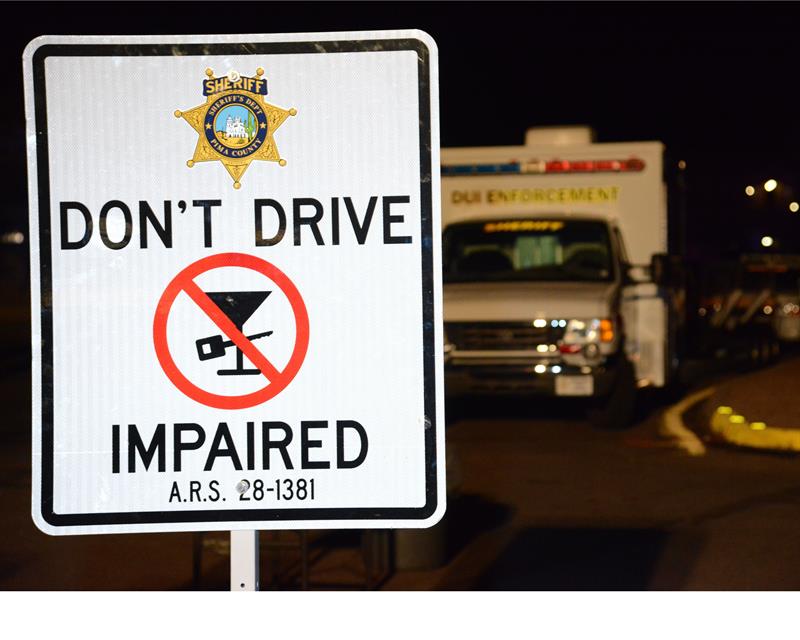 A recent DUI checkpoint set up by Pima County Sheriff’s Deputies stopped 848 vehicles in a single day. The checkpoint was near Aviation Highway and Richie Boulevard in Tuscon, Arizona. Out of all the vehicles that passed through the checkpoint, 12 sobriety tests were administered to drivers and there were 3 DUI arrests. Officers also did a saturation patrol. Out of the 100 vehicles stopped, 6 drivers were arrested with a DUI charge. A saturation patrol is when a large group of officers are concentrated in a small area. This gives the impression that officers are patrolling and omnipresent. Both of these efforts are part of the Sheriff’s Department’s attempts to control the number of DUIs by being more visible. Many DUI-prevention programs are based on the idea that drivers seeing many patrol officers on the roads will be less likely to drink and drive. Although the arrest rate for saturation patrols and checkpoints is rather low, many experts still believe they have a positive effect on DUI rates. Sobriety checkpoints are said to save the community between $6 and $23 for every dollar spent on the checkpoint. The Center of Disease Control reports that checkpoints reduce alcohol related accidents by 18 to 24 percent.

In Arizona, a DUI is a serious offense that leads to charges in criminal court where you may receive fines, jail time and probation or court-ordered therapy. You may be faced with penalties from the DMV as well, including suspension of your driver’s license. A drunk driver is defined as one with a blood alcohol level or BAC of .08 percent for most purposes. However, bear in mind that you can still be charged with DUI if the officer has evidence of impairment, even if your BAC is less than .08 percent. A BAC of more than .15 percent leads to a charge of extreme DUI and more than .20 percent to a charge of super-extreme DUI. For a first offense, your license may be suspended for 90 days. After 30 days you may have limited driving privileges under supervision. It is important to note that under Arizona Law that your vehicle may also be impounded, leading to even more expense.

Oswalt Law Group is a group of experienced criminal law attorneys who help those facing criminal charges so that they do not have to deal with these problems alone. Being charged with a DUI is a serious offense and should not be taken lightly. DUI attorneys may be able to help those charged by having the case dismissed or by negotiating a decreased fine, jail time or license suspension. If you or someone you know has been charged with a DUI, do not fight the charges alone. Contact Oswalt Law Group today for consultation.