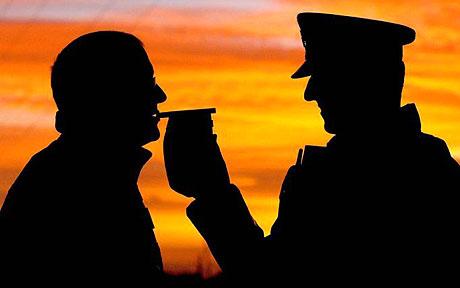 According to recent reports, a Desert Hills man was placed under arrest for driving under the influence as well as causing a crash that damaged his girlfriend’s vehicle. Alex John Toth III, 71, was arrested in Mohave County after deputies found he had left the scene of a crash that pushed his girlfriend’s Chevy Malibu into a drainage ditch. Toth’s girlfriend, who was not named in the reports, told deputies that he had been driving when he collided with her vehicle. She claimed that Toth stayed to help her out of the car and to make sure she was not injured before leaving to find help in towing her vehicle. When Toth returned to the scene on foot, the deputies noticed a strong odor of alcohol and observed that he was “swaying and staggering.” While talking with deputies, Toth allegedly admitted that he had been drinking and was on his way home from a bar at the time of the crash. He refused to submit to a breath analysis test. Police took a blood sample to be submitted for analysis. He was booked on suspicion of DUI but was released on his own recognizance after a court date was set.

Do I Have To Submit To Breath and Blood Tests?

Arizona law includes the concept of implied consent. When a person gets a driver’s license in this state, he or she agrees that reasonable requests by law enforcement for breath or blood samples to test for alcohol will be honored. Failure to submit to a breath or blood test may result in license suspension and other penalties, including jail time. In fact, the penalties for refusing a breath, blood or urine test can be as serious as if the driver was convicted of a DUI crash. While Arizona drivers do not have the right to refuse a breath or blood test, they do have the right to refuse to perform field sobriety tests. These tests can be difficult for sober people to perform correctly, so even if you have not been drinking you could easily be perceived as “drunk” while trying to perform these tests.

How To Respond To A DUI Crash Charge

If you are charged with DUI, what you do after your arrest could determine the outcome of your case. If you are facing DUI charges, contact the Oswalt Law Group in Phoenix immediately for help.