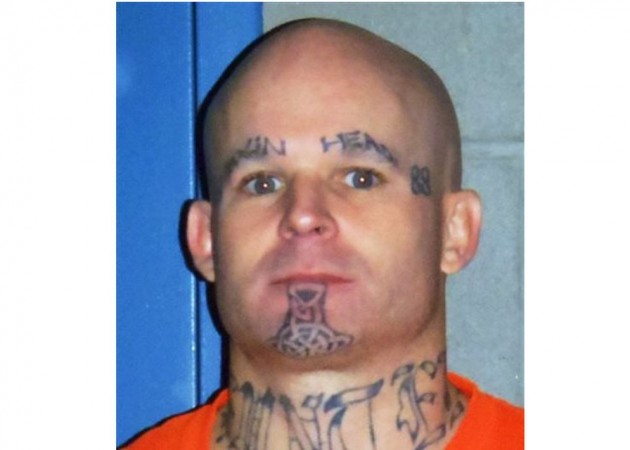 Ex-Convict Charged with Series of Shootings

Mesa police have released information on the suspect who has been charged with a series of shootings in a Phoenix suburb that left one dead and five injured. The shootings included a carjacking, a home invasion and a motel shooting. Ryan Giroux, 41, was arrested at a vacant apartment after an intensive manhunt by police. He is an ex-convict who has a history of criminal activity and substance abuse that goes back for more than 20 years. Police have not yet established a motive for the motel shooting, but they believe that the other three shootings were motivated by robbery and Giroux’s attempt to flee. The motel shooting left David James Williams, 29, dead. Two women, Lydia Marie Nielson, 51, and Jessica Lee Burgess, 19, were also wounded. After fleeing the motel, Giroux shot and wounded Isaac Martinez, 20, who was able to escape and has since been released from the hospital. Giroux also allegedly shot Donavon Worker, 24, during his attempt to flee. In a neighboring building, Marcus Butler, 25, was also found with multiple gunshot wounds. He is in critical condition but is expected to recover. Giroux was arrested and is currently in jail with a bond set at $2 million.

Facing criminal charges is a stressful and often terrifying prospect. Those who are arrested for serious crimes like shooting someone or robbing a home can incur harsh consequences, including serious jail time and fines. To avoid or lessen these consequences, it is important that those facing criminal charges seek the help of an experienced defense attorney. A knowledgeable and skilled defense attorney, like those at the Oswalt Law Group in Phoenix, can help you defend yourself. Depending on your circumstances, your defense attorney may argue for lesser charges or even help you develop a valid defense that may result in an acquittal. No matter how serious your charges, you should consult a criminal defense attorney before pleading guilty or talking to the police. The attorneys at the Oswalt Law Firm have a reputation for serving clients with a personalized, hands-on approach. We understand the serious consequences you face and will always work in your best interests. Rather than taking your defense into your own hands, seek the help of the legal team at the Oswalt Law Group. We proudly offer free initial consultations on all criminal charges. We can offer you sound legal advice on steps you can take for your unique case.