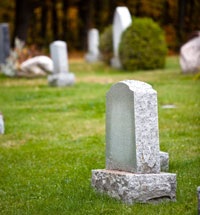 The family of an unarmed man shot and killed by a Mesa, Arizona police officer has filed a wrongful death suit against the city. The officer, Philip Mitchell Brailsford, killed 26-year-old Daniel Shaver after firing a flurry of five shots at Shaver in a La Quinta Inn on Jan. 18. On March 4, the officer was charged with second-degree murder. According to reports, Brailsford and other officers responded to calls from the hotel about a man pointing a rifle outside a fifth–floor window. Shave did have a two pellet guns in his room that he used during his pest removal job duties. When police arrived, Shaver was ordered to crawl towards the officers. The officers surprisingly opened fire on Shaver as he was on his knees, striking him in his lungs and heart. His two pellet guns were on a case in the room. Shaver’s wife said she wasn’t notified about his death by police. Instead, she received notification 48 hours later after she called the coroner’s office.

How to Prove Wrongful Death in Arizona

Incidents like the one involving the death of Mr. Shaver are heartbreaking. In addition to his wife, he leaves behind two children, 6 and 4. But let’s talk a few minutes about wrongful death litigation here in the Copper State. In essence, a wrongful death lawsuit can be brought when loss of life is ruled to be the result of preventable accidents or intentional violent acts. To be awarded damages, it must be proven that the responsible party pursued a method of conduct with knowledge that it created a substantial risk. Awards for damages will depend on a host of variables including:

If you feel that someone you know has been the victim of a wrongful death situation, we encourage you to contact us for compassionate representation from our team of skilled and caring attorneys. Contact the offices of the Oswalt Law Group today for a free consultation.