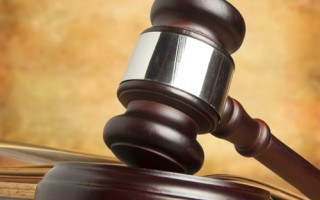 Famous Last Words: A DUI Will Never Happen To Me!

If you knew how many people are currently facing DUI charges who at one time said, “A DUI will never happen to me!” you would probably be surprised.  There are thousands of people in court in the country every year facing a DUI that they never believed they would get. Of course, no one really plans to get a DUI, but there are many people who are shocked at how easy it is to be charged with this crime.  Really, all that is necessary for you to receive a DUI in Arizona is for a police officer to pull you over.  Even if you are not ultimately charged with DUI, you may be arrested, booked, fingerprinted and your mug shot taken–and this is before your blood test is done. There are many people sitting in jail cells every day wondering what happened and how they came to be arrested for DUI when they did not consider themselves to be “heavy drinkers.”

Impaired To the Slightest Degree

One reason it is so easy to get a DUI in Arizona is that this state allows charges for “impairment to the slightest degree.”  This makes it easier for a police officer to arrest someone for DUI, although the prosecuting attorney may not ultimately move forward with the charges. Whether someone is actually charged with DUI depends on several things.  Prosecutors look at cases and assess whether they believe they can “win” or obtain a conviction.  If the prosecutor believes he or she will not win a case, it is likely the charges will be dropped, although the arrest record may still be available to anyone interested in finding it.

It is not uncommon for prosecutors throughout the country to try to convince a person who is arrested for DUI to plead guilty to the charges in exchange for a “lesser” sentence.  However, what the accused person may not realize is that, if he or she fought the charges, the prosecutor might dismiss them. In order to understand the full scope of your rights and the true merit of the prosecution’s case, it is often a good idea to secure the services of a criminal defense attorney.  A DUI attorney represents your interests and helps you understand what the prosecution is doing and perhaps why they are making certain decisions or offers.