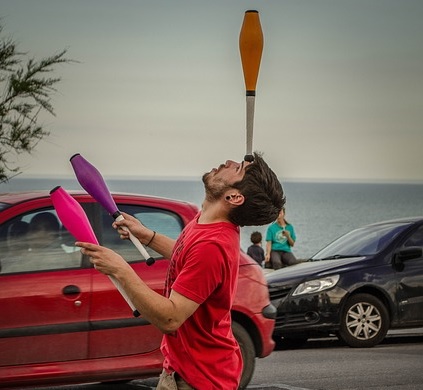 Find Out How Juggling Cleared Student of DUI Suspicion

Late in the evening, the student was pulled over after a police officer noticed he was driving slowly and with a broken taillight. “If a driver is going slowly late at night, that’s usually a sign they may be impaired,” the officer later said during an interview with an Arkansas television station. The student himself admitted to driving slowly because he knew the taillight was out, so he was merely being extra careful. During the questioning, the officer asked the student what was in his pocket. The student told the officer that he was a magician, and that he had a prop in his pocket. Sensing an opportunity to prove his sobriety and his innocence, the student retrieved bowling pins from the back seat of his car and flawlessly put on an impromptu juggling routine. The officer took everything in stride and even recorded the juggling act on his phone and shared it online.

Why You Should Refuse to Take Field Sobriety Tests

A DUI charge can cost you thousands of dollars and even result in jail time. There’s no doubt about it: if you’ve been charged with a DUI, you need the expertise of an experienced DUI attorney on your side. Call the Oswalt Law Group for a free consultation. Our number is (602) 225-2222.