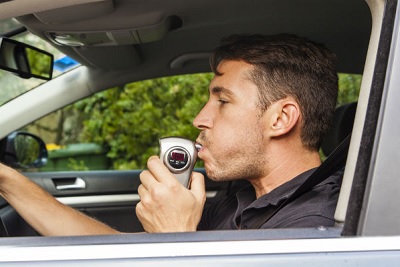 At one time, Arizona law did not allow for provisional driver’s licenses after a DUI conviction.  If you were convicted, you lost your license; that was the end of the story.  However, it soon became apparent that many drivers needed their licenses in order to work and support their families, go to school or travel to medical appointments.  In many cases, a DUI conviction could devastate a family whose only driver was now unlicensed.  The result was that many people who were convicted of DUI continued to drive without a license, risking even greater penalties. Once Ignition Interlock Device or IID technology became available, Arizona changed its laws to allow for provisional licenses for those who have been suspended or revoked due to DUI.  In order to qualify for a provisional license, Arizona drivers must often install and maintain and IID.

Two Types of Suspensions In Arizona

In order to understand whether you will be required to obtain an IID, it is important to understand how license suspension in Arizona works.  Drivers licenses are always given provisionally.  As long as you obey the laws of the state and pass the necessary tests, you are allowed to drive.  However, the state has the right to refuse a license to anyone who does not meet basic requirements or who violates certain laws. Your license can be suspended in two ways:

How Long Will I Lose My License?

The amount of time in which you will be without a license depends on the seriousness of the offense and how many times you have previously been convicted of DUI.  If this is your first offense and you are convicted of misdemeanor DUI, your license will be suspended for a period of 90 days.  A second offense means a one-year license suspension and a third offense means three years. If you are convicted of extreme or aggravated DUI, your license may be revoked.  This means that there is no chance of reinstatement without a formal petition.  Unless you go through this process, you cannot get a new license in Arizona.

When Is IID Required?

If you can show that driving is necessary to your health or well-being or that suspension of your license would impose a serious hardship on you and your family, you may be able to seek a provisional license, as long as you are willing to comply with the IID requirement. An IID is installed in your car and measures your breath every time you drive.  If you fail the breathalyzer test, your car will not start.  You must pay for the device as well as a monthly maintenance fee. For more information on DUI and IIDs, contact Oswalt Law Group in Phoenix.