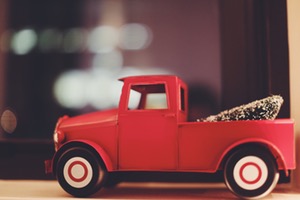 Find Out Who The Most Dangerous Drivers Are

If you had to guess who were the most dangerous drivers on the road, would you automatically think teenagers? If so, you’d be wrong. There’s a new study from the AAA Foundation for Traffic Study revealing who engages in dangerous activity the most while behind the wheel. We’ll talk about it in this issue.

What the Study Says

In a new report, 88% of young millennials (19-24) were found to have taken part in at least one instance of risky behavior behind the wheel over the previous month. As a group, young millennials are more likely than other drivers to:

How All Age Groups Ranked

While it may seem as if we’re singling out young millennials, it should be noted that just about every age group is doing poorly when it comes to driver safety. “Before you start pointing the finger, look in the mirror. The study found that the majority of drivers of all ages have also engaged in the same risky behaviors in the last 30 days,” said John B. Townsend II of AAA Mid-Atlantic in an interview with The Washington Post, Here’s how all age groups in the U.S. faired in the AAA Foundation for Traffic Safety:

As we said in a previous entry, our roadways are becoming more and more dangerous. However, there are a number of proactive efforts you can take that will help to limit your chances of being involved in a traffic accident, including:

If You’re Involved in an Auto Accident in Arizona, Call The Oswalt Group

You have a right to expect and receive compensation if you’re injured in an auto accident due to another driver’s negligence. That’s why we urge you to get in touch with us here at The Oswalt Law Group. The first consultation is always free so call us at 602-225-2222..