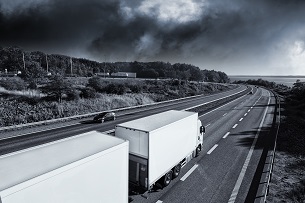 Find Out Why This Woman Settled For $1.6 Million With a Trucking Company

A Texas woman who suffered a host of injuries from being in a collision with an 18-wheeler has settled with the driver’s company for $1.6 million. We’ll talk about the case in this issue.

As the victim was driving through an intersection, the driver of the 18-wheeler ran the traffic light and hit the victim’s car. The impact crushed the victim’s Hyundai. In order for emergency crews to free the victim from her car, the roof had to be removed. She was then air-lifted to a nearby hospital for treatment of a variety of injuries, including six broken ribs, a bruised heart, a punctured lung, broken bone in upper left arm and sprained knee. The victim’s dog was thrown from the vehicle and was missing for seven (7) days before eventually being found in a crawl space of a nearby store. Her medical expenses were estimated to be $161,000.

Even though the victim was able to return to work about two (2) months after the crash, she continued with physical therapy for an additional five (5) months. She suffers from PTSD and other long-term effects she claims are responsible for her being passed over for a promotion. “PTSD is a permanent injury,” the victim’s lawyer said. “You don’t get over it. It will always be there.”

TQT, LLC, the company that the driver was working for, admitted during the trial that the victim was not at fault for the accident and expressed their condolences. “The driver didn’t even bother to show up for the trial; so the company essentially admitted negligence,” the victim’s lawyer said.

If You’ve Suffered an Injury Because of Someone Else, Call The Oswalt Law Group