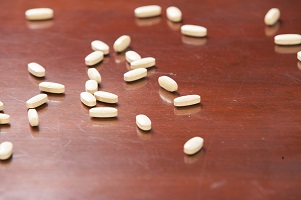 Find Out Why Woman’s DUI Charges Were Dropped

A woman who amassed over $5,000 in legal fees and waited for over a year to have her day in court finally got the news she wanted recently when her driving under the influence (DUI) charges were dismissed. We’ll talk about it in this issue.

When the woman was pulled over by law enforcement, the officer told her that she was observed: “weaving, swerving, fishtailing and running over the center line.” The only problem was that the woman wasn’t drunk; she was following doctor’s orders to take prescribed antidepressant medication. The DUI charges against her were dropped in early January.

Apparently, there were problems or suspicions about several DUI cases initiated by the officer who charged the woman in the case above. How many problems? Apparently enough to attract the attention of the Prosecuting Attorney’s Council of Georgia to investigate. According to reports, there were “significant errors in several of the DUI-drug investigations” carried out by the arresting officer.

Potential Legal Action to be Taken Against City

The woman’s lawyer says that he is considering taking legal action against the city and goes on to say that the District Attorney’s Office should immediately resolve all of the DUI cases attributed to the officer in question. Speaking to the court, the lawyer said: “Don’t make (innocent) individuals go out and hire an attorney, deal with their insurance, take time off from work and deal with childcare while they’re in court to address these issues.”

How Medications Can Result in DUI Charges

There are a host of legal medications that can produce DUI-like symptoms, including impaired coordination, tremors, and impaired judgment. A few that are known to cause such problems include:

It should be clear that if you have been charged, you definitely need an aggressive defense of your rights and you should call The Oswalt Law Group. Our number is (602) 225-2222 and there’s never a charge for the initial consultation