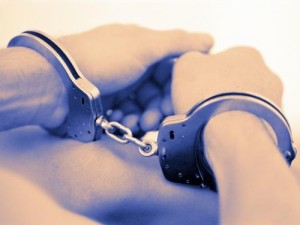 Arizona is one of the few states that has instituted severe punishments based on the blood alcohol level of certain drivers convicted of DUI. In Arizona, anyone with a BAC of more than .200 percent can be charged with “super extreme” DUI and faces much stiffer penalties than those for “normal” DUI, which is classified as any BAC over .08 percent. The recent arrest of a Fort Mohave man illustrates how this new law works in practice. The man was arrested on suspicion of DUI when he was found sitting in his car in someone else’s front yard. A blood test revealed that Richard Lewis Teeples, 22, had a blood alcohol level of .231 percent, nearly three times the legal limit for Arizona. Teeples was discovered in the car and officers reported that he smelled strongly of alcohol. He allegedly told deputies that he had been drinking earlier in the evening, lost control of his vehicle and crashed into the yard where he was found. The vehicle in which he was sitting appeared to have struck two parked vehicles before coming to rest in the front yard. Teeples was charged with super extreme DUI and may also face property charges. The possible sentence he could receive upon conviction will depend on several factors including whether he has ever had a DUI conviction before.

In order to charge a person with extreme DUI, Arizona requires that the driver have a measured blood alcohol level of at least .200 percent. In Arizona, such drivers are usually charged twice: once for a “regular” DUI then the added charge of “super extreme” DUI. Furthermore, this type of DUI can be charged if officers have cause to reasonably believe the person was driving even if he or she is not pulled over while operating the vehicle, as in this case. Most people do not reach this BAC without consuming a significant amount of alcohol in a relatively short time, so it is assumed that anyone who was driving shortly before having his or her blood alcohol measured was probably drunk at the time.

If you are charged with DUI of any type, it is very important that you protect your rights. You could face significant penalties including jail time, fines and loss of driver’s license if you are convicted. A DUI attorney at Oswalt Law Group in Phoenix may be able to help you defend yourself from DUI charges.