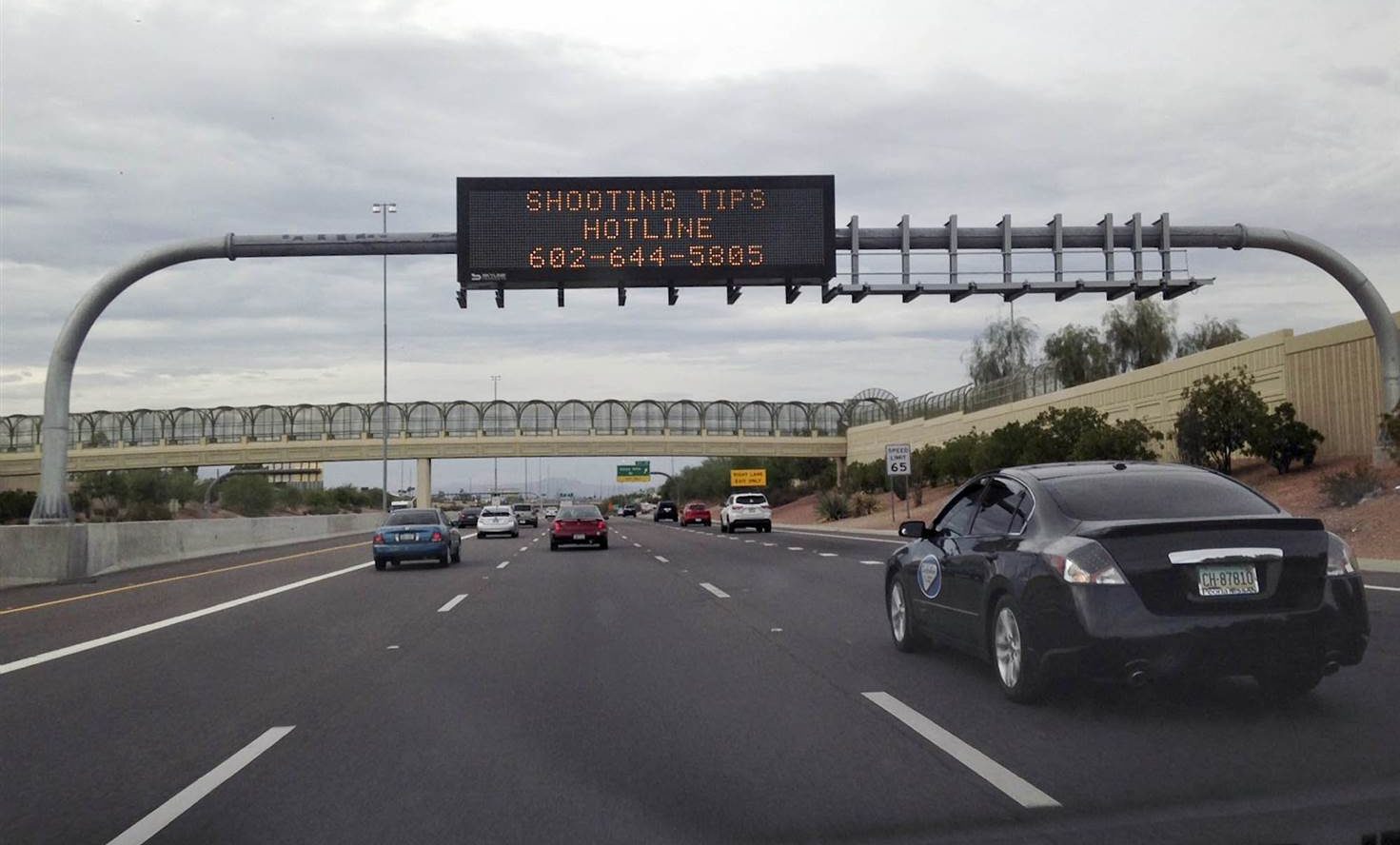 A series of shootings on an Arizona freeway have led to the formation of a task force combining officers from a number of different agencies, including the FBI. According to recent reports, there is little evidence to lead to an arrest. In fact, there have been no witnesses, little physical evidence and no indication that the shooter is doing anything other than randomly targeting those in vehicles passing by on the highway. Beginning on August 29, there have been at least 11 incidents in 12 days along Interstate 10 in west Phoenix. Eight of the incidents involve bullets while three involve BBs. While no motorists have actually been shot, one girl was injured by flying glass. An altercation between motorists may have led to one of the shootings, but the rest seem entirely random. One person of interest was arrested on Friday on charges that were unrelated to the shootings, but officials say that the man is not a prime suspect in the shootings.

While the Second Amendment gives people the right to privately own firearms, there are certain limitations imposed by the state on who can legally own or carry them. In Arizona, convicted felons, for example, are not allowed to possess or use firearms, and those who want to carry a concealed weapon must meet certain requirements, including applying for a CCW license. When someone carries or uses a weapon improperly, there can be criminal charges and consequences. For example, failure to present a CCW permit when carrying a concealed weapon can result in a charge that carries a fine of $300 and possible loss of the license. When someone fires a weapon in an illegal manner, the charges and consequences are even more serious. Weapons misconduct almost always enhances the charges of other crimes such as robbery or assault. Most weapons charges beyond simple possession of a firearm illegally are felonies and include possible prison time and heavy fines.

What If I Have Been Charged With Weapons Misconduct?

If you are charged with any type of weapons violation, it is very important that you speak to a criminal defense attorney about your case. You are facing serious charges that could affect the rest of your life, including your ability to get a job in the future. The defense attorneys at Oswalt Law Group in Phoenix are ready to help.