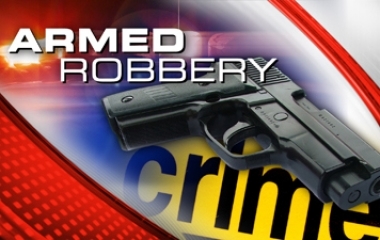 Reports reveal that Roger Tyrone Porter, an alleged Westside Boothill gang member, has been arrested and charged with attempted murder and armed robbery. He has previously served time behind bars for the same crimes. Police were initially called to an apartment complex near 13th Street and Wood due to shots being fired. Once there, they found a man with multiple gunshot wounds. He was taken to the hospital and is in intensive care. Investigators have concluded that Porter picked up the man and drove him to another area where he shot him in the chest, torso and shoulder. He took the victim’s wallet, including $300 in cash and IDs. He allegedly told the man that “he might as well die” because he knew where his family lived. Porter was arrested by the Phoenix Police Gang Enforcement Unit and the U.S. Marshals at his fiancée’s house in Chandler. His vehicle matched the description the witness gave and he had a .38 caliber revolver in his possession. Porter previously served 17 years in the Arizona Department of Corrections for attempted murder and robbery and is not allowed to have a gun. Porter admitted to police that he owned the gun; however, he denied any involvement in the shooting. He is being held on a $1,000,000 bond.

Defense Against Robbery and Attempted Murder

If you have been accused of robbery and attempted murder, you are facing serious charges. If you are found guilty, you will go to jail. You may also face a civil suit from the victim. To ensure you have the best grounds for a solid defense it is important that you seek help from a skilled criminal defense attorney. The team at the Oswalt Law Group in Phoenix has the experience and passion to help you create your best defense. Robbery defendants have several options for mounting a defense. The defendant may claim that he or she is innocent, especially if the suspect has a strong alibi. The defendant can also claim that he or she was not responsible for the actions due to intoxication, drug use or mental disease or defect. A defendant may also claim entrapment or duress, which means someone else forced him or her to commit the crime. Depending on your unique set of circumstances, the team at the Oswalt Law Group can help you put together a solid defense that will give you the best chance at a positive outcome. Call today; time is often critical in mounting a successful defense.