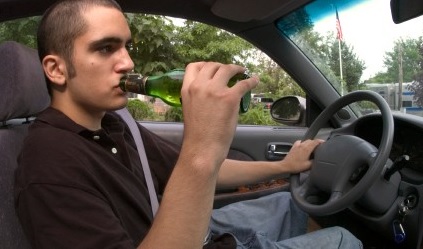 Have You Seen This Amazing New Trend With DUI in Arizona?

Arizona has long held the reputation of being one of the toughest states in the nation on DUI enforcement.  However, on New Year’s Eve and the early morning hours of New Year’s Day, these enforcement efforts hit their peak for the entire year.  In many cases, the state of Arizona will arrest more people on New Year’s Eve/New Year’s Day than at any other time of the year. The dawn of 2016 was no exception.  This year, Phoenix police and other law enforcement agencies took special precautions to have as many officers on the streets as possible, resulting in a number of DUI arrests.

DUI enforcement patrols were set up in a number of locations on NYE of 2015 and NYD of 2016.  Several checkpoints included: 2212 East Bell Road in Phoenix; 2750 West Thunderbird Road in Phoenix; 8233 North 7th Street in Phoenix; 2700 West Thomas Road in Phoenix;1610 East Highland Avenue in Phoenix; 3443 South Central Avenue in Phoenix; 1340 East University Drive in Tempe; and 11550 West Glendale Avenue in Glendale. So far, 2015 had seen fewer DUI arrests than previous years.  In 2012, there were 32,174 DUI arrests in Arizona; in 2013, 31,891; and in 2014, there were 29, 250.  As of December 27, 2015, there had only been 24,674 arrests for DUI, a number that seems to indicate that 2015 will see a drop in DUI arrests.  However, this still means an average of 68 DUI arrests each day throughout the state. On a more promising note, 2015 also saw a decrease in all DUI factors such as number of aggravated DUIs, number of DUIs with prior arrest records and number of under 21 arrests.  Experts have credited the drop in DUIs with better education and public awareness. Despite the increase in law enforcement, DUI numbers continue to decline.  However, for those who are arrested, the chances of leniency on the part of the police or courts are very small.

What Should I Do If I Received a DUI?

If you have been arrested for DUI, it is very important for you to take action immediately to protect yourself.  The criminal defense attorneys at Oswalt Law Group in Phoenix are ready to help.  Call us today to discuss your case and learn what you can do to address DUI charges and minimize the penalties of a conviction.