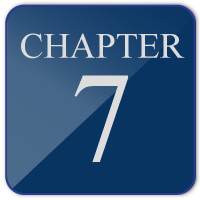 While “learn to live within your means” is a saying most of us have heard for what feels like forever, it’s a lesson that “Real Husbands of Hollywood” stars Tisha and Duane Martin are going to have to take to heart from here on out. The celebrity couple recently filed for Chapter 7 bankruptcy in California, and documents show theirs is a lifestyle engulfed in one long spending frenzy. While they earned just over $7,600 monthly, their monthly outgoings totaled around $17,000. Their debts include: $538,000 to Comercia Bank $500,000 for loans provided to their company (XE Visions) $67,000 for a leased 2014 Ranger Rover $43,000 for a leased 2016 Range Rover (That’s $110,000 in Range Rover leases alone!) $39,000 to American Express Their available cash? $200 and $173 in a credit union.

Keeping Up With The Jones Leads to Bankruptcy

The Martins are considered Hollywood royalty these days and are close friends with other celebrities, including Will and Jada Smith. In addition to both appearing in “Real Husbands of Hollywood,” Tisha is a co-sat on “Dr. Ken.” Duane gained popularity with the late Tupac Shakur in “Above the Rim.” While reasons may vary, the Martins may have simply been caught up in a very dangerous game of Keeping Up with the Joneses. There’s an old saying that life is all about competition, and that notion certainly carries over into many aspects of many peoples’ lives. For many of us, the thought a neighbor buying a new sports car will send us to the latest car ads – regardless of whether or not it’s in our budget.

The Importance of Living Within Your Means

There’s no getting around it: when you spend more than you earn, you’re going to be in debt. The first step to living within your means is to – you know what’s coming – develop a budget. We know it can be painful to utter that word, but once you have a budget in place, you’ll have a bird’s eye view of your financial situation and can more easily find places to cut.

If You’re In Serious Debt, Bankruptcy May Be a Good Option For You

The majority of us have some debt. But if your debt is so crushing that you don’t see a way out, bankruptcy may be your best option. Because no two situations are alike, you’ll need the expertise of a skilled bankruptcy attorney with Statewide Bankruptcy. We encourage you to call our offices today at (602) 225-2222 for a free consultation.