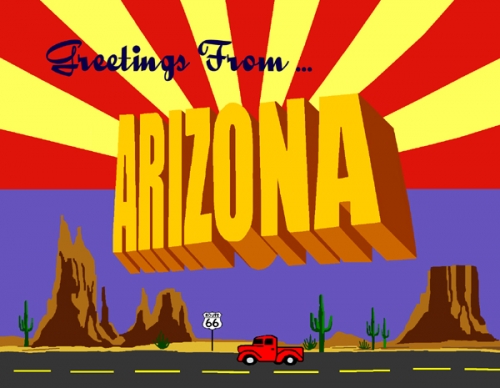 How To Increase Your Speeding Fines by $150!

According to a recent report, the fastest way to increase a $100 speeding ticket to $250 is simply to live in the state of Arizona. Residents of this state contribute tens of millions of dollars every year to maintain government spending in the form of surcharges to citations. Surcharges are extra fees that are tacked on to the “base” rate of any citation. When you plead guilty to speeding, DUI or any other traffic violation, the chances are you are going to be paying much more than that statutory fee. The new report shows that in the past 20 years, Arizona’s surcharges have risen from 56 percent to 83 percent of the base fees of most tickets. A $95 speeding ticket automatically incurs a $79 surcharge to fund state programs, as well as $13 for police training, $7 for court restitution, $20 for probation, $27 for technology and $2 for victims’ rights. In all, that $95 speeding ticket is now $243, or 156 percent of its original amount. A late payment adds another $40 to the total. Recently, voices have been raised against this practice, claiming that it unfairly burdens a segment of the population least able to pay these high bills. Instead of focusing on just punishment, this system of fines creates an inequity for those who have the lowest income. A person who has more money can easily pay the fine and put the matter to rest, while those with lower incomes struggle and get farther behind, leading to even greater legal trouble.

What Can I Do To Reduce Fines and Fees?

Many people who are charged with misdemeanor DUI or another relatively “minor” traffic violation do not hire an attorney. They think that the money they spend on a lawyer would be better spent simply paying the fine and moving on. What they fail to realize is that paying the fine may be just the beginning of the cost of a DUI conviction. You will likely have to pay upfront fines and fees as well as fees when you attempt to reinstate your license. You could easily rack up thousands of dollars in fees, even for a first-time DUI, and spend years trying to straighten the matter out. Instead, call the attorneys at Oswalt Law Group in Phoenix. We have years of experience helping driver make the right choices when it comes to reducing the penalties resulting from a DUI charge.