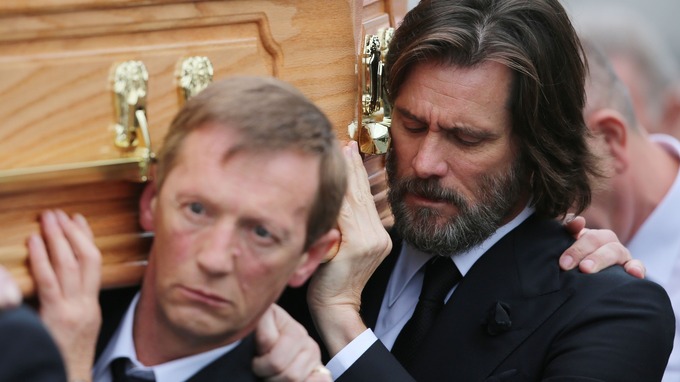 Actor and comedian Jim Carrey is facing a wrongful death lawsuit from the husband of the late actor’s girlfriend, but it may be a difficult case to prove. We’ll tell you why in this article.

What Happened To Jim Carrey’s Girlfriend?

Even though Cathriona White married Mark Burton in 2013, she dated Carrey for a couple of years without filing for divorce. She took her own life in September 2015 by overdosing on a host of different prescription medications. Claiming to have evidence that Carrey directly contributed to her death, Burton has filed the lawsuit against Carrey.

What Role Did Jim Carrey Play in Girlfriend’s Death?

Burton claims that even though Carrey was aware of his girlfriend’s history of depression and suicide attempts, Carrey still provided her with Percocet and Ambien. Specifically, Burton directs attention to a text message Carrey sent to White asking where the medication was. Burton interprets that text as an effort to cover Carrey’s tracks.

Why Will The Wrongful Death Case Against Jim Carrey Be Difficult to Prove?

Whenever there is a break in the chain of events that lead to a person’s death, there is no direct link between the alleged wrongful act and the person’s death. In the case of White, she committed suicide. That’s a willful action taken by her, making the death the result of an intentional act rather than an act caused wrongly by someone else. In other words, the suicide is the intentional act that broke the chain of events between her death and Carrey’s alleged actions of providing her with the medication.

Why Is Burton Allowed To File Wrongful Death Claim?

The Oswalt Law Firm Can Help You

Losing a loved one is a devastating event – perhaps even more if the loss is caused someone else’s negligence. If you have experienced what you feel to be the wrongful death of a loved one, the Oswalt Law Firm can help you. The first consultation is always free so call us at 602-225-2222.