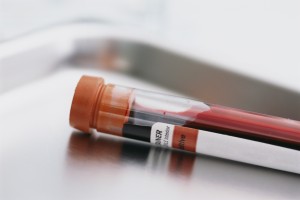 In a controversial ruling, a judge decided to allow the use of the so-called “Scottsdale DUI” results that had earlier been questioned based on revelations that the equipment used to measure blood alcohol levels may have malfunctioned or been used incorrectly. This ruling means that convictions based on blood alcohol readings made with the allegedly faulty equipment will still stand.

Last year, a Maricopa County judge ruled that many blood alcohol readings must be excluded as evidence based on the allegations that the lab handling the testing used faulty equipment or otherwise mishandled the samples. This ruling would have barred the prosecution of about a dozen DUI cases, some of which resulted in extreme DUI charges. However, a state appellate court overturned this decision, with a three-judge panel lifting the legal holds on prosecutions of those cases. The problem is that the cases, which span the period between November 2009 and February 2012, now must proceed under the shadow of this reversed ruling and with the possibility that the blood alcohol readings are, in fact, incorrect. The prosecution of these cases may now rest on circumstantial or supplementary evidence rather than the less arguable blood alcohol content argument.

What Should I Do If I Am Accused of DUI?

The first thing to remember when you are accused of DUI is that these accusations are not convictions until a prosecutor proves his or her case or you plead guilty. This means that it is possible that you may never be convicted of a DUI, depending on how much evidence the prosecutor has and how convincing that evidence may be. This does not mean that anyone can “get out of” a DUI charge. However, it does mean that every DUI is different and everyone must evaluate his or her own case based not on what others have done but the merits of the case at hand. This is why it is so important to have a good defense attorney to help you with your DUI charges. The attorneys at Oswalt Law Group are ready to represent you to the best of their abilities and to help you handle your criminal charges in the best way possible. Contact Oswalt Law Group in Phoenix to learn how they can help you manage your DUI case effectively and have a positive outcome.