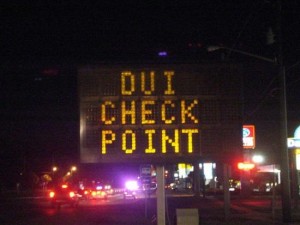 The final results from checkpoint DUI arrests over the recent Labor Day weekend are now available, according to a recent report. This year, Arizona authorities revealed that they had made more arrests over the Labor Day Weekend that in comparison to the same time period in 2013. Statistics released by the Arizona Governor’s Office of Highway Safety report that 582 driving under the influence arrests were made between August 28 and September 1. This is in contrast to last year, which saw 503 DUI arrests, for an increase of more than 13 percent.

While the increase in DUI arrests is already disturbing, even more frightening are the number of aggravated DUI arrests. Aggravated DUI is a charge reserved for people who have abnormally high blood alcohol content or for people who are driving school buses. While this number fell slightly from 74 last year to 61 this year, the number is still unusually high, even for a holiday weekend, and may be indicative of binge drinking on the part of young drivers. The number of DUI misdemeanours increased this year from 429 to 521 arrests as well. Another alarming statistics was the number of young drivers caught driving while intoxicated: 159 people were arrested under the citation for under-21 liquor laws compared to the 82 arrested last year.  This means that the number of under-21 drinkers nearly doubled from one year to the next. Mohave County deputies also report that two people were arrested on Lake Havusu after allegedly operating a boat while under the influence. They were issued 10 boating safety citations. “These statistics are the result of the dedication and training of police and highway patrol officers, sheriff deputies, volunteers, and other law enforcement personnel that comprise the DUI task forces throughout Arizona,” the Governor’s Office of Highway Safety said in a statement. They went on to say that their goal was to reduce the number of fatalities and crashes and that can be achieved by enforcing DUI laws in the state. 1,992 officers took part over the weekend, which was up slightly from last year.

A DUI accident can result in extreme complications for those who are victims. DUI drivers may not have insurance or even a driver’s license, particularly if they have already been convicted of DUI. A young driver may be insured by a parent’s policy or may be driving a friend’s car. The implications of any DUI accident can be complex, so it is important to seek qualified legal advice if you want to collect money for your injuries. Contact the Oswalt Law Group in Phoenix to learn more about your rights and how you may be able to recover damages in a DUI case.