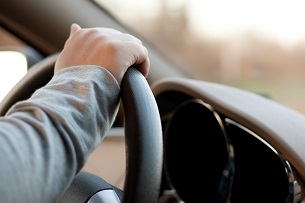 Learn All About Ignition Interlock Devices

What is an ignition interlock device?

The device is specifically designed to prevent your vehicle from starting if your breath alcohol concentration (BrAC) is above a certain level. Just before you turn the key in your vehicle, you’ll breathe into the device. If your BrAC is above .02, your vehicle will not start as normal.

How effective are ignition interlock devices in preventing drunk driving?

A just-released study has shown that ignition interlocks are partly responsible for a 7% decrease in the number of deadly crashes that involve at least one driver under the influence. What’s the time limit for having an ignition interlock device installed in my vehicle? You have 30 days from when the order is given by the Arizona Department of Transportation (ADOT) to have the device is installed.

Who installs the ignition interlock device in my vehicle?

The ADOT actually maintains a roster of authorized vendors who install the devices. It will be up to you to select a vendor. The installer will notify the ADOT electronically within 24 hours of the installation.

Is the ignition interlock monitored by law enforcement?

Yes, the device sends reports to the ADOT electronically. If the ADOT finds out that you’ve not complied with the requirements or have tampered with the device in any way, you’ll most likely be given another year to your interlock device requirement.

What happens if I drive a different vehicle without an ignition interlock?

According to Arizona law, the requirement to keep the device will be extended by a full year past when the original restrictions would have ended.

What happens if I move out of state?

No matter where you live, if you were required by the State of Arizona to install and maintain an ignition interlock device in your vehicle, that requirement must be met. It will be up to you to work with the makers of your interlock to find an authorized installer in your new state of residence to continue the monitoring services.

A DUI arrest carries serious consequences. In some situations, you may have only 15 days to request a hearing. Make the smart move; call The Oswalt Law Group if you’ve been charged with DUI. The first consultation is always free, so call us at 602-225-2222.