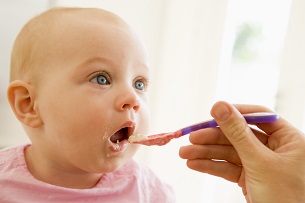 Learn How Mistakes by Doctor Led to $14.5 Million Award

Because a mother was incorrectly given a powerful dose of medication during delivery, her child developed cerebral palsy and will need a lifetime of 24-hour care. For this, a jury awarded the mother and her family nearly $14.5 million. In this issue, we’ll talk about the case.

The attending doctor failed to notice the mother’s dilation and contractions when she was admitted to the hospital for delivery. Tragically, he called for an inappropriately high dosage of Pitocin ––be administered to trigger contractions he had completely missed. Pitocin is a synthetic version of oxytocin Because of the error with the medication, the child’s heartbeat slowed and the medical team took steps to speed the delivery along. The doctor, however, kept the mother on the Pitocin for the rest of the delivery, rather than immediately ceasing the dosage as he should have. Even though a hospital internal memo showed that the child could have been delivered by forceps or vacuum when he began crowning, the doctor instead elected to wait another 10 minutes before cutting an episiotomy to deliver the child. .

Because of the errors during his delivery, the child developed the spastic tetraparesis cerebral palsy – the loss of use of arms, legs, and body. He’s now a 4-year-old, but can’t walk, talk or sit up. He will require 24-hour care for the remainder of his life and his family home will have to be upgraded and retrofitted with medical equipment, including ramps and mechanical lifts.

Breaking Down the Award

Even though the trial lasted two (2) weeks, the jury deliberated for only four (4) hours. They awarded:

If your child experienced a birth injury, you may have grounds for a personal injury lawsuit. Call us here at The Oswalt Law Group. The first consultation is always free, so us at (602) 225-2222