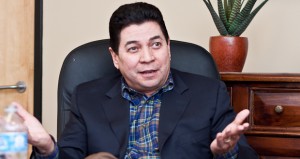 According to recent reports, a lobbyist who was targeted in a corruption probe surrounding the Fiesta Bowl pled guilty and received 200 hours of community service as well as one year of probation. 56-year-old Gary Husk pled guilty to one misdemeanor count of conspiracy stemming from charges that he advised employees of the Fiesta Bowl concerning serious charges against them for fraud and other criminal activities. Husk, who is an attorney and whose firm advised the bowl from 2000 to 2011, has already paid $30,000 in fines to cover costs of the investigation into Fiesta Bowl fraud as well as $1,800 in fines.

Most people like to think of bowl games as the culmination of an exciting year of college football and the reward for a team that has played well. However, a darker side of the bowl business is emerging, led by questions into Arizona’s practice regarding the Fiesta Bowl. While not an isolated case, the self-report issued by the Fiesta Bowl points to high-level scams that involve university presidents and bowl CEOs. In the case of the Fiesta Bowl, CEO John Junker may face serious consequences for using bowl money to give “bonuses” that were, in reality, political contributions. This violates Arizona campaign finance law and could result in jail time for Junker. Because Husk was able to sever his case from that of Junker and other high-level officers involved in the Fiesta Bowl scandal, he is not facing jail time or other serious penalties that the others may incur. It is important when anyone is facing jail or other punishments that the accused person be represented by a competent defense attorney who can advise him or her on the best way to reduce these penalties.

What About The Rest of Us?

In high-profile cases such as this, a great deal of attention is paid to how much prison time and other punishments a person may incur for certain behavior. However, there are plenty of “regular” people facing consequences every day that are just as devastating when they are accused of criminal acts. If you have been charged with a crime, it is very important that you seek legal help, even if you do not think the charge is serious enough to warrant a lawyer. Any criminal conviction can carry severe penalties and may show up on your record for the rest of your life.