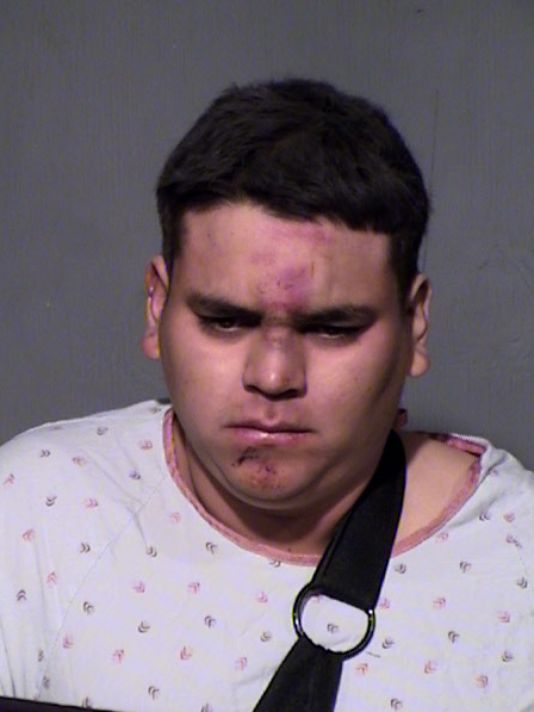 Maricopa County Sheriff’s deputies arrested a man in connection with a fatal crash near 59th and Buckeye, according to recent reports. Adrian Guzman-Fernandez, 23, was driving south on 59th Avenue near Buckeye Road when he reportedly drove off the roadway and onto the shoulder. He was allegedly speeding at the time and struck an embankment, causing the car to roll several times before coming to rest on the roadway. Two rear-seat passengers and Guzman-Fernandez suffered minor injuries, but the front-seat passenger, Ramon Santana, 47, suffered a massive head injury and later died. Immediately after the crash, Guzman-Fernandez left the scene on foot and ran to a nearby trucking company parking lot, where he was apprehended by deputies. He admitted driving the vehicle and was treated for a dislocated shoulder before being transported to jail. His blood alcohol level was measured at .147 percent. He has been charged with second-degree homicide, leaving the scene of a fatal crash, endangerment and aggravated DUI.

The “average” DUI is a misdemeanor, which means that it is a relatively minor charge. While a DUI conviction can still cost you thousands of dollars and a great deal of inconvenience, in general it is not the type of crime that significantly impacts your freedom and your life in the long term. However, if you are convicted of DUI in conjunction with the death of an innocent person, the picture is very different. When DUI is combined with a felony action it often results in an aggravated charged. This type of charge, also known as “enhanced,” means that the prosecutor believes there were extenuating circumstances that caused this particular DUI to be much more heinous than a standard misdemeanor crime. It is likely that anyone involved in a fatal accident in which alcohol played a role will receive a felony DUI charge along with other felony charges such as manslaughter or even homicide. The specific charges will depend on the circumstances of the crime. If you are charged with any type of crime, including DUI, the most important thing you can do is talk to a criminal defense attorney. Contact the attorneys at the Oswalt Law Group in Phoenix today and we will help you determine the best way to handle your criminal charges. We can represent you and protect your rights and interests, ensuring that you are treated fairly in the criminal justice process no matter what your charges.