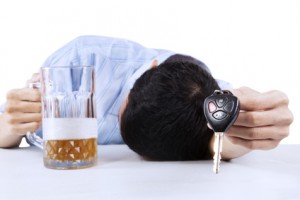 Man Arrested for ‘Extreme DUI’ After Driving the Wrong Way

Authorities have confirmed that a Phoenix man has been arrested for driving the wrong way on Interstate 17. He was stopped and arrested just north of Black Canyon City. According to the Arizona Department of Public Safety Damian Ballesteros, 39, was arrested for driving southbound in the northbound lane on I-17. His actions resulted in two collisions, but no one was injured. Ballesteros was charged with extreme DUI, aggravated DUI, endangerment, having an open container and driving on a suspended license.

What is Extreme DUI in Arizona?

Under Arizona law, an Extreme DUI is applied if a driver’s blood-alcohol concentration is 0.15 percent or higher within two hours of driving. If the individual is convicted of Extreme DUI, it is usually considered a criminal misdemeanor. For a first-time offense, the convicted defendant will be charged heavy fines, lose his or her license for a year and be required to have an interlock ignition device installed. Convicted offenders may also be sentenced to serve no less than thirty consecutive days in jail and may not be eligible for probation or suspension of execution of the sentence. If someone is facing a second Extreme DUI charge, the driver faces even higher fines and longer enforcement of license suspension, jail time and use of the interlock ignition device.

Building a Defense for Extreme DUI

Arizona is known for being one of the toughest states on drunk drivers. Even first-time offenders will face heavy fines and possible jail time. That means that if you have been charged with an Extreme DUI in Arizona, the penalties will be extremely harsh if you are convicted. To minimize the penalties or even eliminate the charges, it is crucial that you have a skilled and experienced criminal defense attorney on your side. The defense team at the Oswalt Law Group in Phoenix have the skills and resources you need to build a solid defense. We will gather evidence and eloquently defend you in court to give you the best chance at a positive outcome. If we are not able to have the charges dismissed, we will work tirelessly to get the penalties minimized as much as possible. Facing criminal charges, from DUI to murder, is an extremely serious situation and can affect you for the rest of your life. Do not leave your future up to chance. Give the skilled criminal defense attorneys at the Oswalt Law Group a call today and see how we can help you.