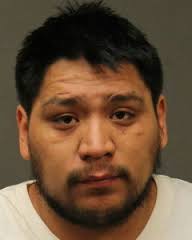 Mohave County Sheriff’s deputies arrested a man on two counts of aggravated DUI recently, according to reports. Denny Bender, 23, was arrested for DUI while on a suspended license, which is a felony charge, as well as having his third DUI in seven years, which is another felony. Witnesses reported an erratic driver in the area of Adams Street and Northern Avenue. When police responded, they found Bender in a black Ford Focus in a liquor store parking lot. He allegedly swerved back and forth, apparently attempting to elude capture, before police managed to pull him over on Bank Street. After field sobriety tests were administered, police arrested Bender, who refused to submit to breath or blood tests. A blood sample was taken involuntarily and submitted to the crime lab for analysis. Bender already had convictions for DUIs in 2010 and 2011. If convicted on this new count, he will face mandatory prison time. Arizona Laws & Aggravated DUIs The term “aggravated” applied to a crime means it is worse than the “typical” crime in question. For example, aggravated assault is worse than typical assault because it generally involves a life-threatening weapon or escalated force. Similarly, aggravated DUI involves extenuating circumstances that sets it apart from a regular DUI. In Arizona, aggravated DUI can involve multiple DUI infractions in a relatively short time period; driving on a suspended license in violation of a previous DUI penalty; and having a child in the car at the time of the DUI. When a driver hits and injures or kills someone else, there may also be enhanced charges against the driver. Not all instances of repetitive DUI or DUI causing injury are classified as aggravated. That is up to the prosecutor in the individual case. However, if there is evidence that supports an aggravated DUI charge, most prosecutors will pursue the case as a felony rather than a misdemeanor. Trust Your Defense To A Professional If you are facing aggravated DUI charges, contact the lawyers at the Oswalt Law Group in Phoenix. With years of experience in handling DUI charges, the Oswalt Law Group can help you protect your rights and mitigate the damage caused by a serious DUI conviction. Act quickly, as it is important to establish a defense early in your case. Call the Oswalt Law Group today.