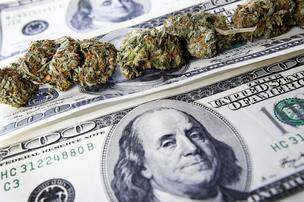 A man who at one time was the operations manager of a synthetic marijuana manufacturing and distribution company has been accused of hiding one million dollars before filing bankruptcy, according to recent reports. John Endres told a federal judge that his work with Revolution Distribution paid him $5,000 per month when he filed Chapter 7 bankruptcy. However, before the bankruptcy was discharged, he put down $25,000 as a deposit on a $1.5 millin, 6,700-square-foot home. After the bankruptcy was discharged, Endres paid $288,630 in money he wired from a Nevada account. Upon investigation, the court discovered that Endres had over $1 million in a secret bank account that he had created with his son as part of a shell company to which he redirected income. Endres was charged with bankruptcy fraud and sentenced to a year in prison and three years of probation as well as ordered to pay back $323,000 to 10 creditors. The Internal Revenue Service and the Drug Enforcement Administration conducted the investigation.

The greater number of people who file bankruptcy are honest about their income and debts. However, even a slight misrepresentation on a bankruptcy petition can cause serious problems for a petitioner, and deliberate fraud can lead to jail time and other penalties. A bankruptcy discharge is predicated on the idea that the petitioner cannot pay his or her debts. If you have money available to pay debts, it must be declared as part of the bankruptcy. Failure to do so can result in dismissal of your case or lifting of the bankruptcy stay, while criminal charges may be involved if it is obvious that you tried to hide assets, as in this case.

What Should I Do To Avoid Problems With A Bankruptcy Filing?