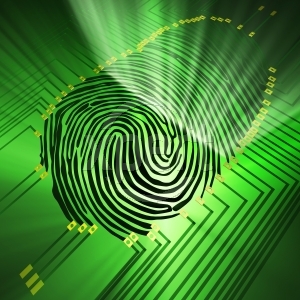 A new bill introduced in the Arizona Senate by Steve Smith, R-District 11, would close a loophole in Arizona law that prosecutors fear may have allowed certain convicted criminals to escape the full punishment for their actions. Senate Bill 1295 would require courts to permanently affix the defendant’s fingerprints to any sentencing documents and would allow booking agencies to re-take fingerprint exemplars that are missing or damaged.

What’s The Problem With Missing Fingerprints?

According to the Arizona Criminal Justice Commission, there may be hundreds of inmates currently in jail who do not have an accurate criminal history due to missing or damaged fingerprint cards. In January 2015, the Department of Corrections found that 53 of the individuals who were incarcerated that month entered prison without a ten-fingerprint card attached to their criminal records. If that represents the average number of inmates whose fingerprint records are incomplete, there may be as many as 600 Arizona inmates whose future records might not reflect their previous criminal convictions. Fingerprints are supposed to be taken upon arrest, but in some cases, individuals are released with orders to get their prints taken before appearing in court. This may not happen, and if the judge does not catch the error, the individual could serve time without there being an accurate record of the fact. While the bill has passed both houses and is in line for the governor’s signature, there are also some concerns about the bill’s contents. Normally, the circumstances under which someone’s fingerprints can be taken and retained by the police are clearly outlined. Changing those rules may mean that police officers have too much latitude in retaining copies of fingerprints. Once those copies are in the system, they could be erroneously matched to another crime scene or used to convict someone for a crime he or she did not commit. If you have been arrested, it is very important that you stand up for your rights and prevent the police from collecting or using any information to which they have no right. To do this, you may need the help of an experienced criminal defense attorney like those at the Oswalt Law Group in Phoenix. Contact us today if you have been accused of or arrested for any type of crime. We will protect your rights and ensure that you are treated fairly in the criminal justice system.