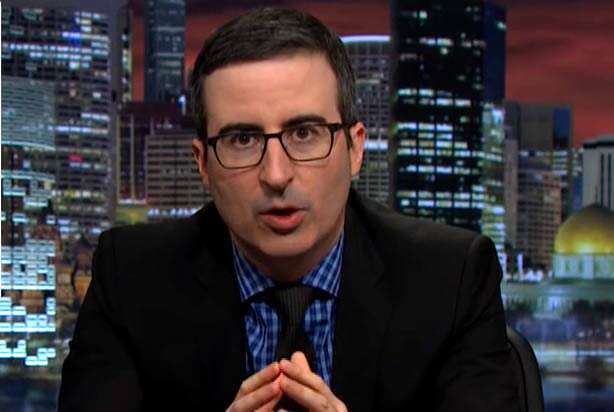 John Oliver, the popular funny-man host of HBO’s “Last Week Tonight With John Oliver,” came to the rescue for nearly 9,000 people who were facing staggering debt from delinquent medical bills. Oliver and his producers set up a company of their own, called Central Asset Recovery Professionals (CARP – the bottom feeder of the sea) and actually bought $15 million worth of debt owed to Texas hospitals. At a cost of $60,000 Oliver and his team were able to purchase the debt for literally pennies on the dollar.

During the segment, which you can watch in its entirety here, Oliver played audio recordings of threats made by collectors to debtors. Some included threats of killing and eating a family dog, while others threatened to call debtors’ bosses at their homes.

Right after CARP was formed, Oliver and his team were offered the chance to purchase the debt. They immediately did so, and were able to obtain the names, addresses and social security numbers of the so-called zombie debts. What are Zombie Debts? Essentially, debt buyers purchase debts that have been classified as uncollectible for a fraction of their worth, then resort to virtual harassment of the debtors in a bid to make a profit from their investment.

Why Isn’t All Debt Cancelled?

Efforts like the one undertaken by Oliver et al may make one wonder why a bottom feeder can’t simply forgive the debt, since – as owner of the debt – they can do pretty much anything they’d like with it. While that may sound noble, it’s important to keep in mind that the forgiven debt would have to be reported on the bottom feeder’s taxes as earned income.

Facing Crippling Debt? Don’t Count on Oliver to Save You; Call The Oswalt Law Group

We applaud John Oliver and his team for exposing the ugly truth to debt collection in the U.S. However, there are far more effective ways of handling debt than waiting for an entertainer to bail you out. If you’re facing insurmountable debt, we urge you to contact us here at The Oswalt Law Group to discuss all of the options available to you. Call us at 602-225-2222 for a free consultation.