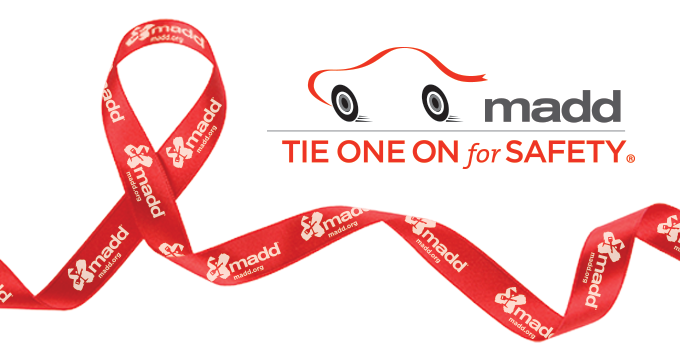 Mothers Against Drunk Drivers and the Larry H. Miller group are teaming up to deter drunk driving in Arizona by matching donations and encouraging drivers to sport a red ribbon on their cars to bring visibility to the DUI issue. The money raised goes toward the support of victims and survivors of drunk driving accidents. The director of the Arizona chapter of MADD says that the holiday season is one of the deadliest times of year for DUI crashes. Last month, 372 people were arrested for DUI throughout the state. Between December 8th and January 1, 2015, 13 Larry H. Miller car dealerships in Arizona will match customer donations to MADD for up to $20,000. In addition, the dealerships will hand out red ribbons to be placed on cars as a visible reminder to others not to drink and drive.

Arizona has several types of DUI charges based on the person’s age, blood alcohol content and other factors. Anyone under 21 years of age is not allowed to consume alcohol in the state, so any amount of alcohol found in the blood can be the basis for a DUI charge as well as a possible minor in possession of alcohol or underage drinking charge. For those over 21, any amount of alcohol, even a blood alcohol content below .08 percent, can be the basis for a DUI charge. Arizona allows charges based on “intoxicated to the slightest degree,” particularly if a person causes an accident or commits some other violation. Once the driver’s blood alcohol level rises above .15 percent, more serious charges begin to take effect. Arizona has two serious DUI levels: Extreme DUI, which involves BACs over .15 percent, and Super Extreme DUI for drivers with BACs over .20 percent. Drivers can also be charged with aggravated DUI for certain crimes such as having a child in the car at the time of the drunk driving.

What Should I Do If I Am Pulled Over for DUI?

If you are pulled over by an officer, it is best to maintain a calm demeanor. Arguing and shouting will not help. Instead, be polite but firmly refuse to answer questions or take field sobriety tests. These things can be used against you later. You cannot refuse a breath or blood test without risking the loss of your license. If you are pulled over or arrested for DUI, call the attorneys at the Oswalt Law Group in Phoenix immediately for help. Having an attorney may make the difference between a successful resolution of your case and incurring the most serious penalties possible.