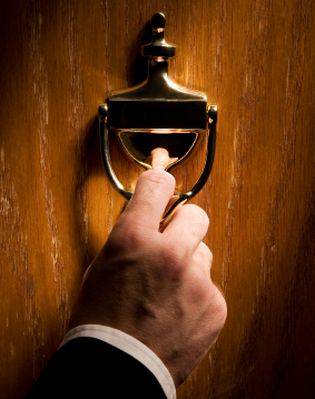 A simple Google search will garner a host of results claiming all sorts of bad things about the decision to file for personal bankruptcy. Don’t believe them. Many are written by people in the credit industry, which has never exactly been captivated with the thought of giving creditors a fresh start. In fact, there are many stories of people who have used personal bankruptcy as a way to take stock of financial mistakes, chart a better route and march head-on into the future. A recent article published, ironically, by creditcards.com shared stories of three people who have done just that. We share a few of the stories here.

Richelle Shaw: “Bankruptcy Gave Me a Chance to Breathe”

Before filing for bankruptcy in 2003, Shaw built a booming telephone business, Colorado River Communications. After the 9/11 attacks, her company’s customer base was shaken. Payments stopped coming in and the company was soon over $3 million in the hole. Even after taking out loans in her name just to meet payroll, it took less than 90 days for her business to completely fold. With more than $2.5 million in personal debt, she filed Chapter 7 bankruptcy. “I had nothing left, so there was nothing the creditors could get,” she said. She then took the time to analyze her situation and eventually returned to the telephone business. This time, however, she borrowed no money, opting to negotiate deals with vendors for shared stakes. It was a strategy that clearly worked as she rebuilt her million-dollar company. “Bankruptcy gave a chance to breathe. It’s only the end of the world if you keep those same habits,” she said.

Michael Mack: “I Thought My World Had Ended But I Now Have A Beautiful Home and Take Care of My Kids”

Mack was a successful lawyer before he invested in a bad deal which led to him losing everything. After filing for bankruptcy, his wife divorced him, he stopped practicing law and was soon living in a one-bedroom apartment, working as a telemarketer by day and bartender by night. “I thought my world had ended,” he said. After finally deciding to turn his life around, he attacked his damaged credit, self-published a book called “The Healthy Credit System” and began offering credit workshops before eventually returning to law to specifically teach people what he had learned about credit, debt and recovery. “I now have a beautiful home and can take care of my kids. In fact, I sent my oldest daughter to Notre Dame.”

Slavica Bogdanov: “I Used Bankruptcy To Find My Passion And Learned To Stay Out Of Debt”

After immigrating to the U.S. via France, Bogdanov decided to invest in real estate. But after tenants destroyed some of the units she owned, she struggled to keep up. The bills piled up and she filed for bankruptcy in 2012. After grieving for two months, even contemplating suicide, she opted for a fresh start and do something she was passionate about. She created a detailed budget and changed all the bad habits that led to the bankruptcy. In a short time, she authored 15 self-help book and began a coaching business. She now has a credit card but uses it for very small amounts only, never carries and balance and always pays in full. Today, her business nets between $15,000 to $20,000 per month. “Bankruptcy helped me to find my passion, and taught me a great deal about staying out of debt,” she said.

Scared of Bankruptcy? Don’t Be! Call The Oswalt Law Group

If you’re tired of dealing with crippling debt, bankruptcy may be the best thing that can happen to you. The stories above are certainly inspirational and – even better – they’re not unique. To find out more about filing for personal bankruptcy, contact The Oswalt Law Firm. There’s never a charge for the initial consultation so call us at 602-225-2222.