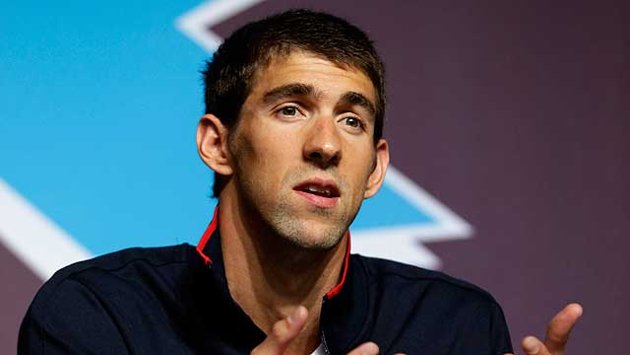 According to reports, retired Olympian Michael Phelps has been given a six-month suspension from all competitive swimming events after his second DUI arrest in the past ten years. While Phelps is best known for being the most decorated Olympian in history thanks to his 22 Olympic swimming medals, he is gaining notoriety for several legal infractions, including this latest DUI charge. Phelps was charged for excessive speeding and crossing double lanes as well as DUI when he was pulled over in Maryland. Police reports say that Phelps was stopped in Baltimore after going 84 miles per hour in a 45 mile per hour zone. Chuck Wielgus, USA Swimming Executive Director, released a statement holding Phelps accountable for his actions. “Michael has publicly acknowledged the impact of his decisions, his accountability especially due to his stature in the sport and the steps necessary for self-improvement. We endorse and are here to fully support his personal development actions,” Wielgus stated.

DUI penalties vary from state to state, and some states will increase your penalties based on past DUI offenses. For example, if you commit a DUI in Arizona, you will most likely face penalties from both a criminal court and the Arizona Motor Vehicle Division. Just being stopped on suspicion of DUI and refusing to take the BAC/breathalyzer test administered by police can result in your driver’s license being suspended for 12 months. If you refuse or fail a test again within 84 months, the Arizona MVD can suspend your license up to 24 months. Arizona also has different penalties in place based on the type of DUI you receive. While penalties for standard DUI include things such as 10 days in jail, a fine of $1,250 and an ignition interlock requirement for each vehicle you drive, other DUI offenses are even more costly. Penalties for a first-offense extreme DUI can include 30 days in jail and a fine of at least $2,500, while second offenses of extreme DUI can add 90 days in jail, a minimum fine of $3,250 and revocation of your driver’s license.

What To Do If I Am Charged With DUI

Being charged with DUI is a serious crime. In the blink of an eye you can be hit with thousands of dollars in fines, serve months in jail and possibly lose your license for a 12- to 24-month period. Your insurance rates can go up and with DUI convictions staying on your record for years, new employment could be at risk as well. If you or someone you love has been arrested for DUI, you may need help. The Oswalt Law Group in Phoenix includes an experienced group of attorneys that will utilize their years of experience to fight for you. Do not wait; call today for your initial consultation.