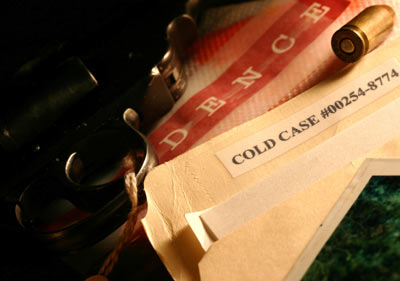 According to recent reports, a 59-year-old man now faces at least 25 years in prison after being found guilty of first-degree murder in a Phoenix cold case. The defendant, Cudellious Love, was sentenced by Judge Sam Myers of Maricopa County Superior Court after new DNA evidence found him to be a match to the perpetrator of the stabbing death and sexual assault of Laura Hundling., 27, in 1989. While DNA had been collected from the crime scene, it was not matched to Love until 2014. He denied involvement in the crime, but was later arrested after DNA confined a match to the crime scene. Thanks to the evidence, Love was tried and convicted in June of first-degree murder. He was sentenced to life in prison with the possibility of parole after 25 years. Police call it a victory as they make an effort to solve over 2500 open cold cases.

Is There a Statute of Limitations on Murder?

A statute of limitations is a special law which forbids prosecutors from charging an individual with a crime that was committed before a specified amount of time. The statute of limitations is set up to prevent prosecutors from waiting many years to charge a defendant, therefore making it more difficult for him or her to form a valid defense to the charges. While many crimes have a statute of limitation, murder does not. This means that if an individual murders someone, that person can be charged, tried and sentenced no matter how long ago the crime was committed. Other crimes, like violent sexual assault, misuse of public money, falsifying public records and other felonies have no statutes of limitation in Arizona.

Do I Need an Attorney If My Crime Was Committed Years Ago?

If you have been charged with a crime that occurred many years ago, it is important that you still seek the help of a criminal defense attorney. Crimes that do not have a statute of limitation are often serious and carry serious penalties. To ensure you have the best chance at a positive outcome, it is crucial that a criminal defense attorney helps you build a solid defense or negotiate a fair plea deal. Either option could help you limit or even dismiss the charges and resulting penalties. Many who “get away” with a crime for years feel that the law may never catch up with them. However, police continue to investigate and gather evidence, even with cold cases. Rather than place your future at risk, be sure to call a criminal defense attorney, like those at the Oswalt Law Group, to ensure you have the best defense.