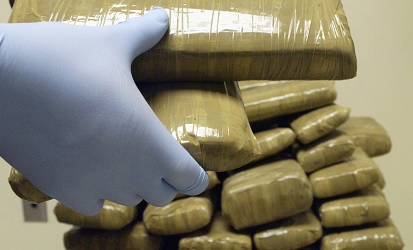 A Phoenix man is in hot water after pleading guilty to transporting five (5) pounds of methamphetamine to Wichita, Kansas. Law enforcement officials were tipped off to his illegal cargo after exchanging texts with him on his girlfriend’s phone after she had been arrested in a separate case. With his sentencing slated for July 7, the man is facing up to five (5) years in a federal prison and fines of up to $250,000.

The trafficking of illegal drugs is an automatic felony that involves crossing state lines – either physically or electronically – to sell or distribute drugs. As you would imagine, it’s seen as a much more serious transgression than possessing an illegal substance. The potential penalties include:

Like most cases, the actual punishment is based upon various factors including any previous criminal history you have, the type and amount of illegal drug you were caught with and where you were caught. Location is key because the punishment is much stiffer if you’re caught distributing the drugs near a school or smuggling them into the U.S.

As you can see from reading above, interstate drug trafficking is a very serious federal charge. Because it’s a federal charge, it will be handled a bit differently than in Arizona state or local court. For example, federal courts are often conducted with no jury – just a judge. There are also different rules for prosecutors in federal courts, and different types of evidence are allowed. The most effective forms of defense include possible illegal use of search warrants or mistakes committed by law enforcement during the arrest.

Oswalt Law Firm Can Help You

If you’ve been charged with a federal crime, you need immediate legal assistance. We strongly encourage you to contact us at the offices of the Oswalt Law Group by calling (602) 225-2222 for a free consultation so that we can begin working on your defense.