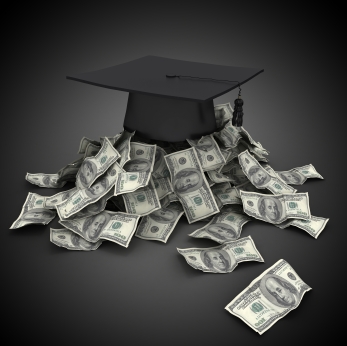 Legislation potentially allowing a small portion of American student loan debt to be discharged through bankruptcy proceedings is set to be unveiled by Democratic Senator Tom Harkin of Iowa this week. If passed, this legislation would allow some students to discharge their loan debt where previously they would have been required to pay full interest and principal, even if they were unable to find a job.

How is Student Loan Debt Currently Handled Under Bankruptcy Law?

Currently, federal bankruptcy law prohibits the discharge of private or federal student loans during bankruptcy proceedings, except in rare instances. Those who support the current law, including the banking industry, claim that by not being able to discharge and walk away from student loan debt, interest rates remain low. If borrowers could easily discharge it, interest rates would rise to recoup the losses. Consumers, on the other hand, claim that the law is trapping them under debt they feel they cannot avoid. They claim that other consumer debt, like mortgages and credit cards, are dischargeable, so student loan debt should be too.

How Will the New Proposal Potentially Change the Law?

Sen. Harkin, chairman of the Senate Panel on Education, proposes allowing student loans issued by private lenders to be dischargeable during bankruptcy proceedings. The measure does not allow for the discharging of federal student debt, which makes up about 85 percent of the $1.1 trillion dollars in outstanding debt. Regardless of the limitations of the bill, the proposal also forces colleges to publish more data on student loans and outcomes, as well as offering measures to lower student costs.

How Can I Discharge My Student Loan Debt During Bankruptcy?

Though this bill would aid in discharging at least some student loan debt, it is unlikely it will pass this year. Under current laws it is very difficult to discharge student loan debt. However, if you can prove that paying your student loans is causing undue hardship, a court may allow you to discharge the debt during bankruptcy. This is difficult to do, and the court must be fully convinced of your inability to pay. If you are considering bankruptcy as a solution to your debt problems, it is important to seek the knowledgeable advice of experienced bankruptcy attorneys like those at the Oswalt Law Group in Phoenix, Arizona. By looking at your individual debt, the experienced lawyers at the Oswalt Law Group can offer both options for bankruptcy or alternatives to bankruptcy. The Oswalt Law Group can also aid in debt payment negotiation, collection defense, and discharging your debt. Seek the professional help of Arizona bankruptcy attorneys at the Oswalt Law Group. Call today for a free initial consultation.