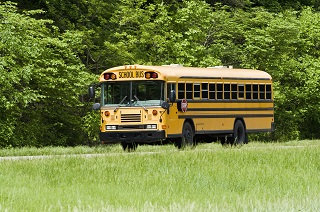 Read About This Bus Driver Charged With Day After DUI

A school bus driver is in serious need of legal help after being arrested and charged with driving under the influence (DUI) and child endangerment. While talking with police officers at the scene of the arrest, the man confessed that he had consumed about “three-quarters of a gallon of bourbon” the previous night. We’ll talk about the case in this issue.

The Backstory on the Case

The driver was transporting 15 students and three parents on a Sunday evening to a drama competition. He raised the interest of passing police officers when they observed him driving on the wrong side of the road and without headlights turned on. When officers pulled him over and asked him to step out of the bus, he failed to put the gear in park, causing the bus to roll back, narrowly missing the officer’s vehicle. After initially saying he had not consumed alcohol, the driver blamed his unsteady appearance on medication taken earlier that day. It was after being arrested and giving a breath sample of 0.18 (over twice the legal limit) that he confessed to downing three-quarters of a gallon of bourbon the night before. The driver – who also worked as a study hall aide, in-school suspension aide, computer lab assistant and football coach – was terminated by the school district the following day.

In a previous post, we shared news that even a bit of sleep is not enough to get rid of the effects of alcohol. That’s because the amount of time it takes for alcohol to leave your body depends on a host of factors, including:

To help avoid the day after DUI, you should:

By calling the skilled lawyers at The Oswalt Law Group, you’ll have an experienced and aggressive attorney fighting for your rights, and putting you in the best possible position for a positive outcome. For a free consultation, call 602-225-2222.