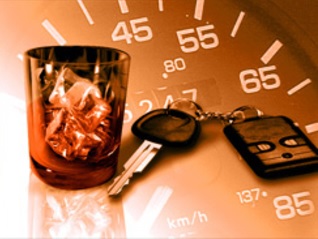 Regular Or Extreme: What Kind Of DUI Do You Have?

Arizona is a state that allows both DUI and Extreme DUI charges, depending on the circumstances when a driver is arrested for impaired operation of a vehicle.  It is very important that you understand the difference between DUI and Extreme DUI so that you can handle your DUI charges properly and make good decisions about the best course of action.

What Is Regular and Extreme DUI?

Regular DUI, as the name implies, is the simplest DUI charge and is generally made when a driver’s blood alcohol levels reaches .08 percent but does not pass .15 percent.  In Arizona, most regular DUIs are misdemeanors, although there are special circumstances that can elevate any DUI charge to a felony. Extreme DUI, on the other hand, means that the driver’s blood alcohol content was .15 percent or greater.  This is nearly double the legal limit and implies that the driver was severely impaired.  Extreme DUI charges are much more serious than regular DUI charges and carry much stiffer penalties.

What Are The Penalties for Regular and Extreme DUI?

A first-time DUI charge for a driver who has a blood alcohol level of .08 to .15 percent usually carries the following penalties:

On the other hand, a first-time Extreme DUI charge usually carries the following penalties for those with blood alcohol concentrations of .15 percent or higher:

Additionally, a second or subsequent DUI of any type will automatically generate much higher fines, longer jail times and longer license suspension periods. There may also be a greater impact on your insurance coverage with an extreme DUI.  Although many companies will drop your coverage for any type of DUI conviction, an extreme DUI may mean that you are unable to secure even secondary market coverage, depending on the company. If you have been accused of driving under the influence, be sure to speak with the experienced attorneys at Oswalt Law Group in Phoenix.  We are ready to help you deal with your DUI charges in the best way possible.